Chinese couple fight shoulder to shoulder in battle against virus

Li Xun is a military doctor, and his wife, Li Weiyu, is a doctor at a military hospital. Despite living in the same city, the couple has worked continuously for over half a month without seeing each other. Due to the fight against the virus, many families like Li’s are working hard to make their own contributions to the fight and have been unable enjoy their own lives. 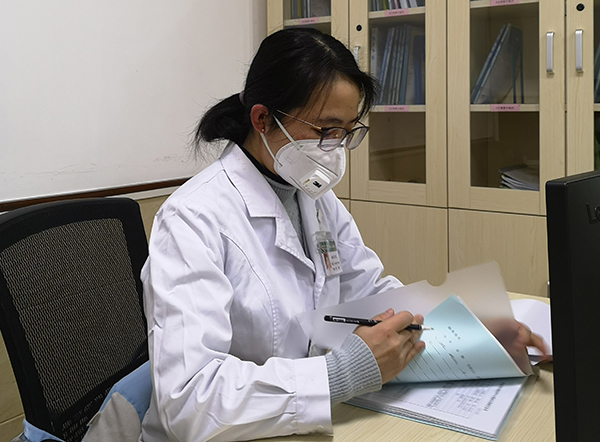 As it had been a long time since the family had their last reunion, Li Xun and his wife agreed to spend the Spring Festival holiday together.

The couple has been married for many years, but as they had been busy with work, this year was the first time they expected to bring their child home for the Spring Festival.

However, shortly after returning to the military team, Li Xun learned through the Internet that the novel coronavirus had caused an outbreak of pneumonia. His 15 years of work experience immediately put him on the alert.

The Spring Festival would become a key period of epidemic prevention for the army in Guilin, a southern Chinese tourist city, so he immediately called his wife and told her: "The novel coronavirus is rampant. I want to stay and do something for the army."

"I also want to tell you that I will fight together with you! We should let our parents take care of our child," Li Weiyu, his pregnant wife, responded.

Both the husband and wife reminded each other to protect themselves but do their best in the fight against the virus.

In the evening, he buried himself in large amounts of materials, came up with an epidemic prevention plan that was suitable for the army, and informed all the officers and soldiers of his plan one by one by video call. 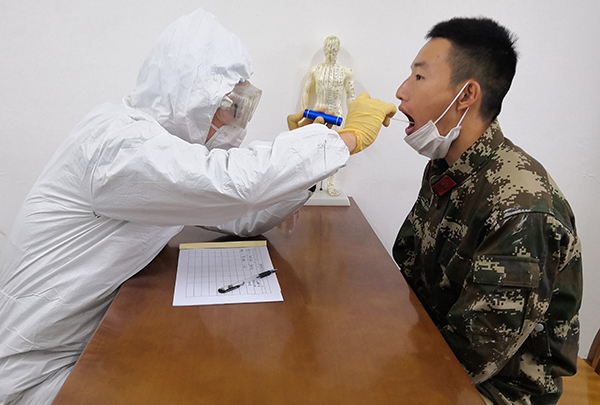 Under his and his comrades-in-arms’ efforts, the army took the lead in taking comprehensive epidemic prevention measures to effectively contain the spread of the virus.

As doctors, the hearts of the husband and the wife were closely linked, and they also actively contacted and coordinated with each other to strengthen the joint sharing mechanism between the troops and the military hospital, opening a green channel for officers and soldiers and military families to receive medical treatment.

The couple continues to work to get through the difficulties together. In this invisible battle against the virus, there are countless people in China like Li Xun and Li Weiyu, who are taking practical actions in their daily work and making unremitting efforts in the battle.