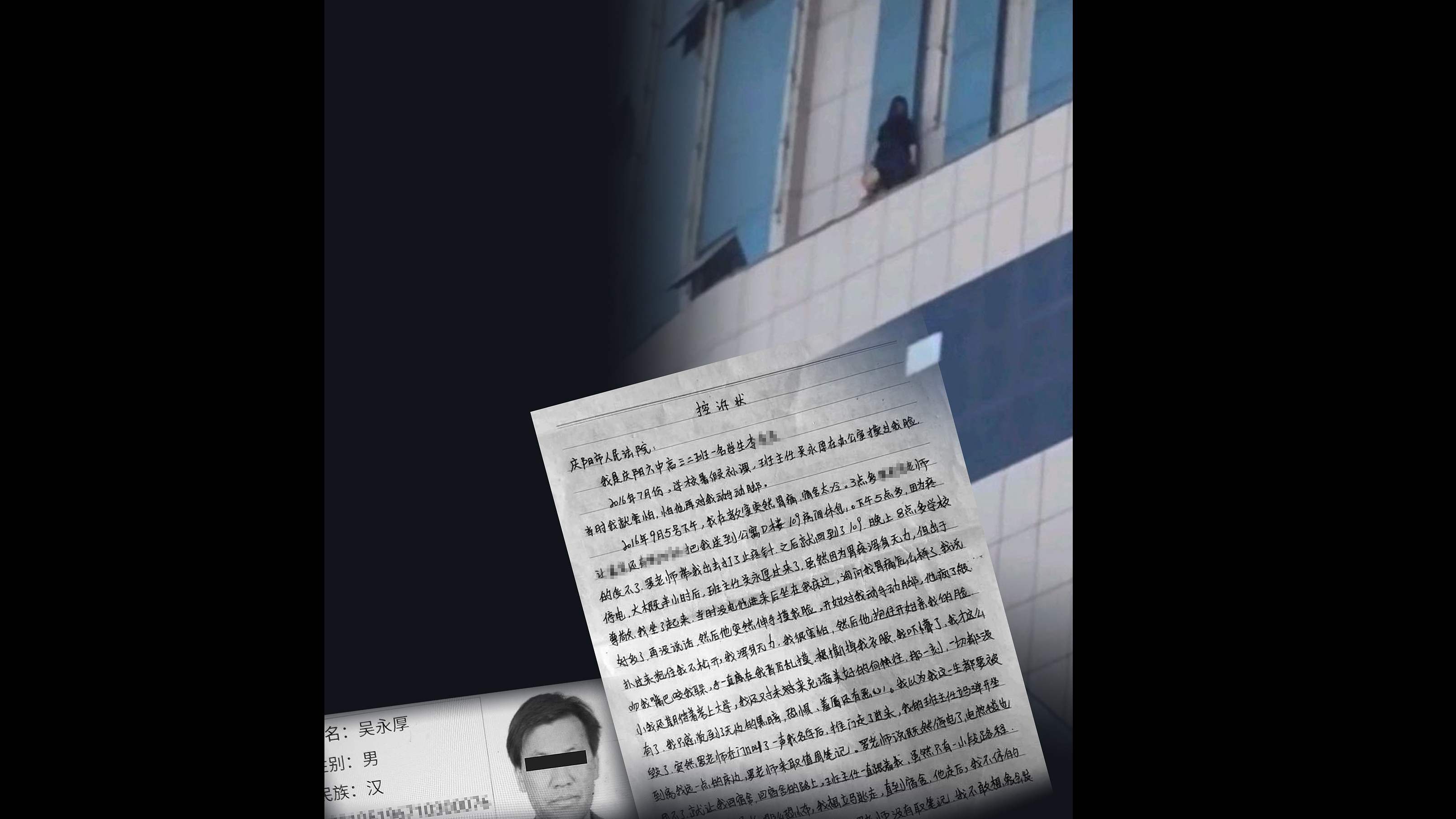 A court in northwest China's Gansu Province has indicted a middle-school teacher who sexually harassed a 19-year-old girl, causing her to slip into depression and eventually leap to her death from a building in June.

The suicide of the girl, identified by her surname Li, made news headlines at the time because onlookers encouraged her to take her life as she sat on an elevated ledge for hours, and cheered when she jumped.

The Qingyang Municipal People's Procuratorate announced on Friday it is bringing to trial the teacher, identified as Wu, for the death of Li, Beijing Youth Daily newspaper reported.

The decision marks a change of heart for the judicial authorities which previously refused to charge Wu, citing absence of evidence "showing a direct connection between Li's health condition and Wu's behavior," according to Li's father, who was informed of the new decision on Thursday.

In March 2018, just a few months before Li's death, the Xifeng District People's Procuratorate ruled that Wu's action was noncriminal, with the appeal court maintaining the verdict.

Li committed suicide on June 20 by jumping from the eighth floor of a building in Qingyang City, as rescuers tried to talk her down while a crowd of onlookers on the ground egged her on.

The girl had suffered from depression and post-traumatic stress disorder since September 2016 after being harassed by her teacher at Qingyang No.6 Middle School, her parents had told local media.

Wu forced himself on the girl, kissing her on the forehead, lips and cheeks, according to police. Li tried to commit suicide in October and December 2016 and in January 2018 by overdosing on depression medication. In May 2017, she attempted to jump from the sixth floor of a teaching building, but was rescued.

Li's parents were offered 350,000 yuan (53,400 US dollars) in compensation by the school in 2016 in exchange for withdrawing their complaint against Wu. But they refused.

"We could not sign that humiliating agreement," China Youth Daily newspaper quoted the parents as saying.

The teacher was detained for 10 days and his teaching license was revoked following the harassment incident. But no charges were pressed against him after the girl's suicide.

Li's tragic story has rattled China especially because of the insensitivity of the bystanders who incited the girl to jump and clapped as she plunged to her death, prompting some to wonder whether society had lost its moral compass.