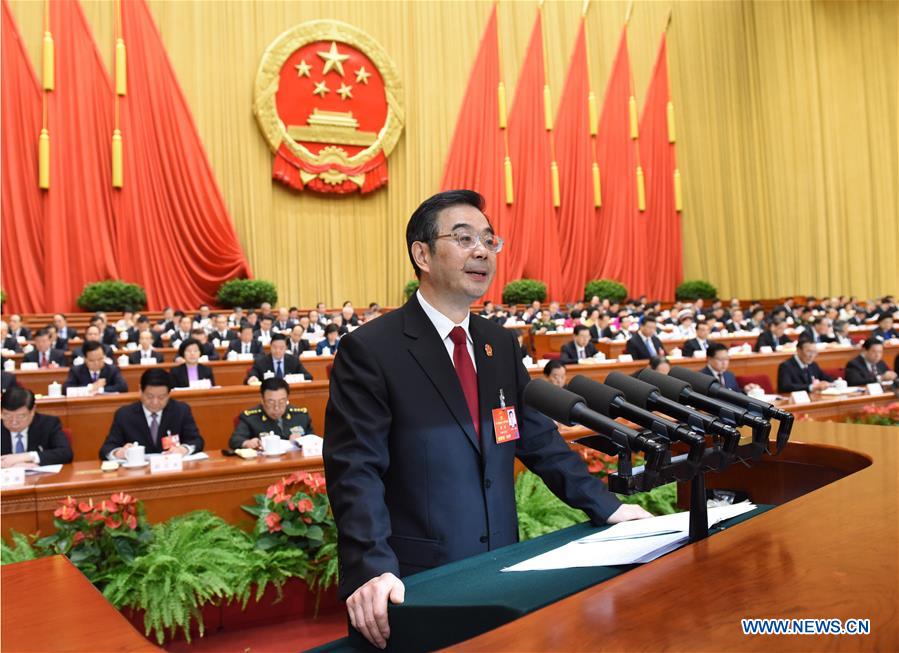 Chinese courts have been told to take coordinated efforts to improve their work on trials of family affairs and juvenile delinquents. The Supreme People's Court (SPC) Monday said such efforts were part of the reform of the family trial sector, and were aimed at protecting the judicial rights and interests of juveniles. Du Wanhua, a senior SPC official, explained that as juvenile delinquents were often closely linked with family disputes, proper solution in trials of family affairs mattered to the healthy development of minors. "Family trials and juvenile trials have some elements, such as the principles, means and resources needed in adjudications, in common, making the coordinated improvement possible," Du said. He called on pilot courts in the reform to select judicial personnel proficient in marital and family affairs adjudication, rich in life experience and familiar with the necessary social psychological knowledge as judges for family trials. Workers with relevant social groups will also be invited as auxiliary staff in such trials.