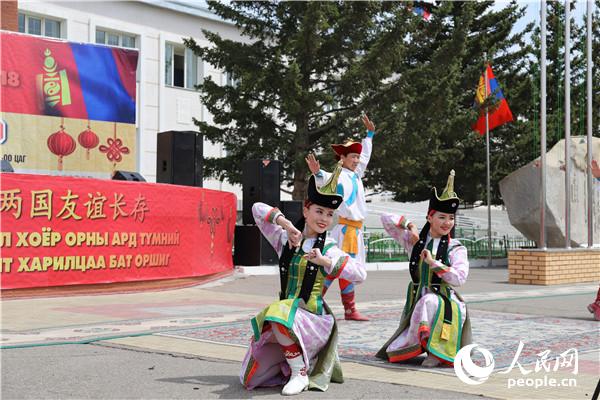 A Chinese cultural festival kicked off in Mongolia Tuesday to strengthen cultural relations and promote friendship.

"Cultural relations are very important for strengthening our bilateral relations and cooperation. We hope that the event will help deepen the mutual understanding and friendship between the two peoples," J.Batjargal, mayor of central Tuv Province where the festival is being held, said at the opening ceremony.

Naadam is a traditional festival in Mongolia, held throughout the country during mid-summer. It features wrestling, horse racing and archery.

"There is a Chinese (saying) that cultural exchange is a basis for strengthening economic ties with other countries," Chinese Ambassador to Mongolia Xing Haiming said. "I have no doubt that this cultural event will further expand the economic relations between our two countries."

The festival is co-organized by the provincial governor's office, Mongol Tuurgatan Theater, the Chinese embassy in Mongolia and the Chinese Cultural Center in Ulan Bator.