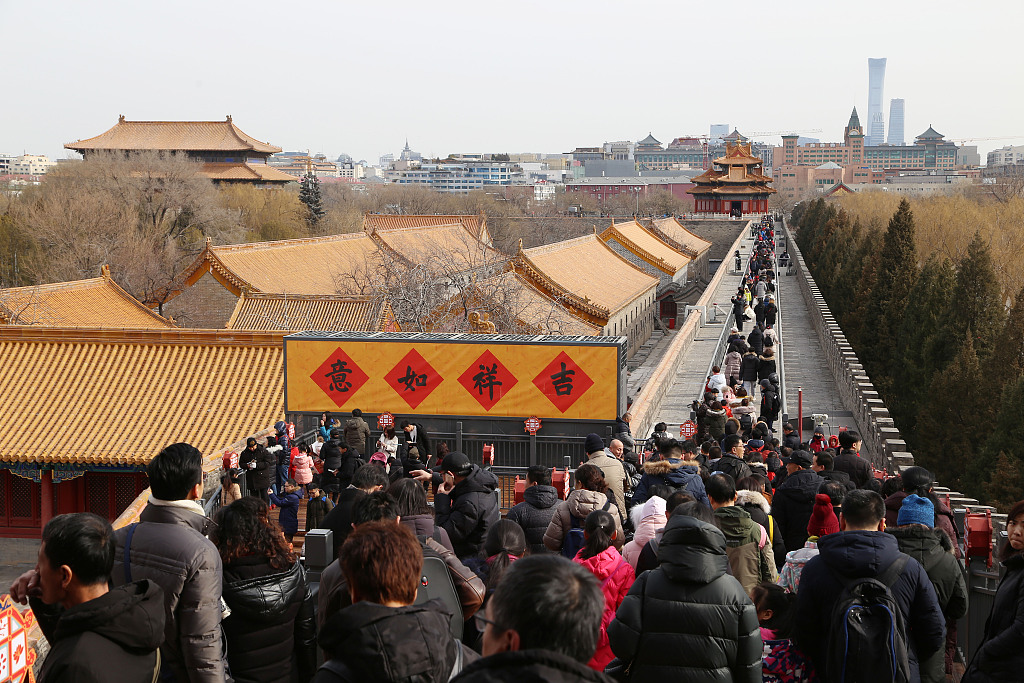 Visitors in the Palace Museum on Feb. 5 (Photo: VCG)

Chinese cultural venues and museums saw frequent visits during the 2019 Spring Festival as the popularity of these places among Chinese citizens continued to go high.

The Palace Museum staged a series of exhibitions during the Festival, attracting an average of 80,000 visitors daily, China News Agency reported Tuesday.

Nearly 1,000 cultural relics were shown to the public and 15 time-honored brands rolled out their products at the Palace Museum to create the festive atmosphere.

The National Museum of China also drew nearly 60,000 visitors per day with its spring couplets, calligraphy and painting exhibitions during the holiday.

At the same time, The National Library of China received more than 120,000 visitors during the Chinese New Year, up 140 percent from a year before.

Readers in the library could participate in various activities to learn how to make traditional handcrafts for the Lunar New Year.

Besides, the National Art Museum of China housing masterpieces including those of Qi Baishi, the most well-known contemporary Chinese painter, had nearly 60,000 visitors during the week-long holiday, 30 percent more than those at the same period last year.