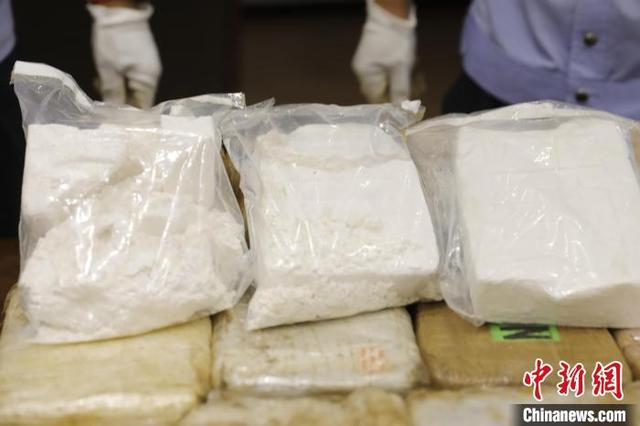 Customs officers of Dalian, a port city in northeast China's Liaoning Province, received a tip-off from a shipping service company, saying that they found several suspicious black bags while carrying out ship maintenance for a foreign cargo ship.

The 21 crew members on the ship and the cocaine are under the control of the authorities, while the customs and local police have jointly launched an investigation.

The ship involved is a 90,000-tonne foreign bulk carrier, which departed from an African port in April and passed through several ports in Africa and Southeast Asia before docking at a shipyard in Dalian for maintenance.