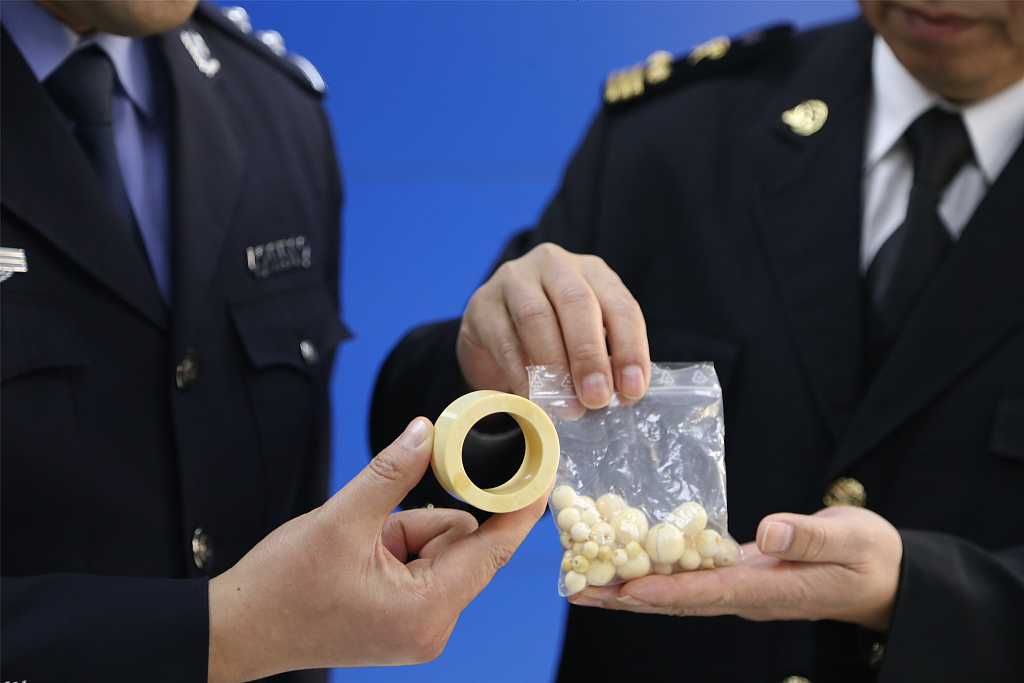 A recent case found that some inbound mail from Japan declared as books, did not conform to its customs declaration after an X-ray scan.

Customs officers later confirmed that there were ivory items in the parcel.

Shenyang Customs said a total of 11 cases involving 95 ivory products that weigh over 11 kg have been seized this year. Items include ivory sculptures, accessories, tableware and art.

Shenyang Customs has launched a special operation to crack down on ivory smuggling through international mail delivery.