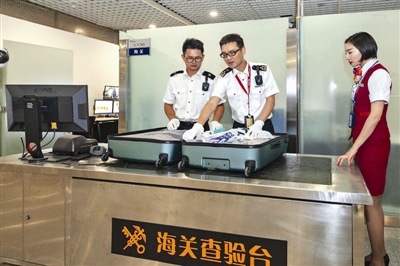 CHENGDU, April 15 (Xinhua) -- A total of 246 cases involving ivory smuggling have been investigated and more than 20 kg of ivory and ivory products have been seized in the first quarter of the year, said customs authorities in Chengdu, capital of southwest China's Sichuan Province.

Over the period, Chengdu Customs has investigated 417 smuggling cases involving endangered animal and plant species amid its intensified anti-smuggling efforts, according to a press conference held by customs authorities on Monday.

On March 26, customs officers at Chengdu Shuangliu International Airport found 18 ivory items smuggled by a passenger with the help of a CT scanner. The items weighed over 1.7 kg in total.