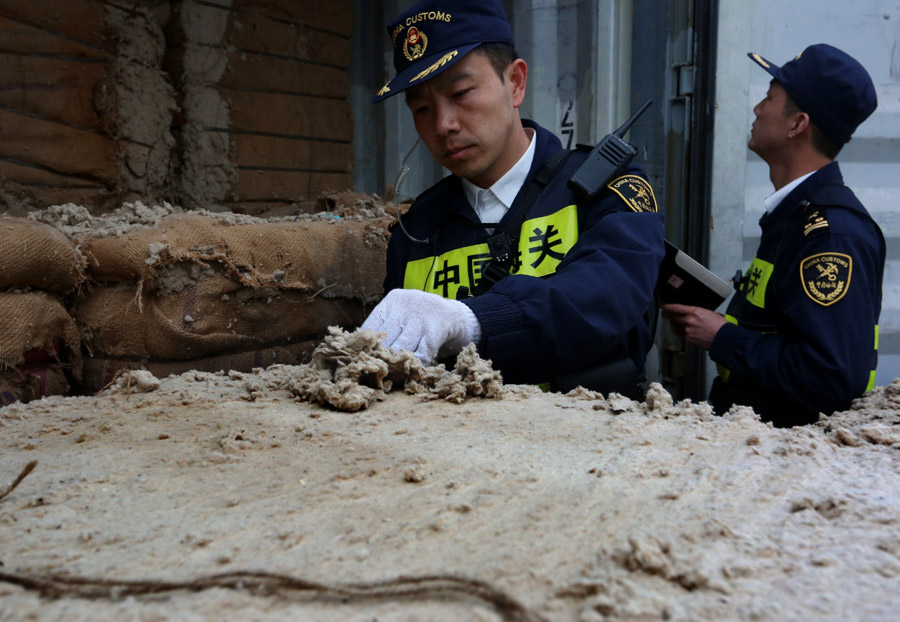 DALIAN, May 23 (Xinhua) -- Customs in the city of Dalian in Northeast China's Liaoning province has ordered the shipping back of more than 688 tonnes of suspected smuggled solid waste back to where they originated.

Disguised with fake documents, the waste of aluminum dross was seized late last year, according to Dalian Customs on Thursday.

The suspects have been detained and further investigation is underway.

China began importing solid waste as a source of raw materials in the 1980s and was the world's largest importer for years, despite its weak capacity in garbage disposal. Some companies have illegally brought foreign waste into the country for profit, posing a threat to the environment and public health.

Given rising public awareness of environmental protection and China's green development drive, the country decided to phase out and halt such imports by the end of 2019, except for those containing resources that are not substitutable.