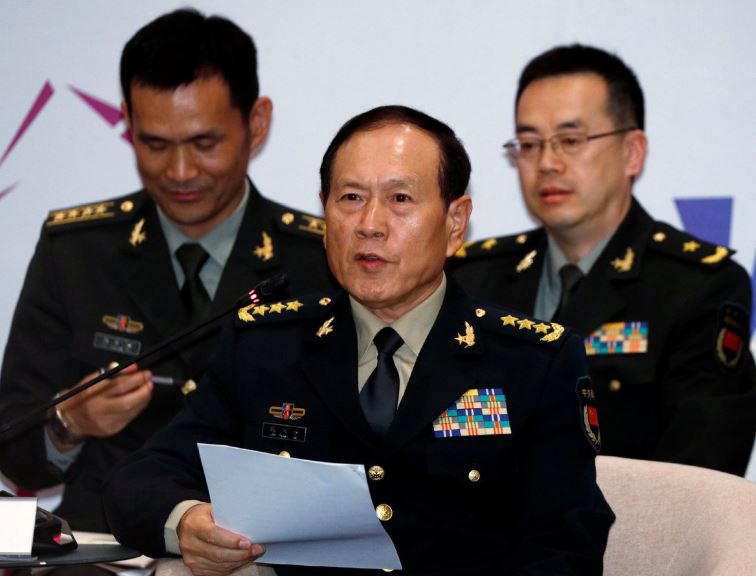 Chinese State Councilor and Minister of National Defense Wei Fenghe held substantive talks with Singaporean Defense Minister Ng Eng Hen on Wednesday, as Chinese military experts said Wei's visit to Singapore will contribute to peace and stability in the South China Sea.Wei is in Singapore for his introductory military visit and to attend the 18th Shangri-La Dialogue, according to a statement the Singaporean Ministry of Defense released on Wednesday.Wei and Ng held talks Wednesday afternoon, during which they agreed on a substantial program to deepen defense ties and step up bilateral engagements on various fronts, the statement said, noting that they welcomed the conduct of Exercise Cooperation involving both armies this year and agreed to Exercise Maritime Cooperation by both navies in 2020.Both ministers also agreed to revise the Agreement on Defence Exchanges and Security Cooperation (ADESC) between Singapore and China, which was first signed in 2008. The proposed exchanges to be introduced or stepped up include the establishment of frequent high-level dialogues, new arrangements for Services-to-Services cooperation, academic and think-tank exchanges, as well as an increase in the scale of existing bilateral exercises. The revised ADESC is expected to be signed by both ministers later this year. Wei's visit to Singapore, other than participating in the Shangri-La Dialogue, will boost friendship and cooperation between the militaries of China and Singapore, Zhang Junshe, a senior research fellow at the People's Liberation Army Naval Military Studies Research Institute, told the Global Times on Wednesday.An enhanced bilateral relationship will then contribute to the peace and stability in the South China Sea, as Singapore, as an ASEAN member that actively takes part in regional security affairs, could play an important role in driving relations between China and other ASEAN members, Zhang noted.During Wei's stay in Singapore, he will visit a Singaporean naval base and board a Singaporean submarine and a frigate, according to the statement by the Singaporean Ministry of Defense.Wei will also meet Singaporean Prime Minister Lee Hsien Loong, the statement said.Wei's visit underscores the long-standing, warm and friendly bilateral defense relations between Singapore and China, which have deepened and grown over the years, the statement said.