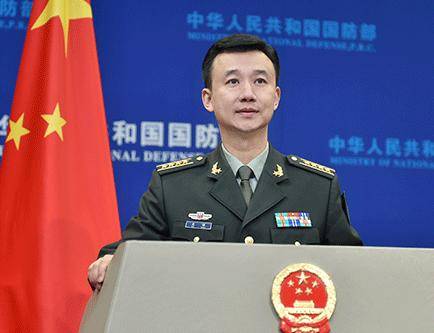 The Chinese Defense Ministry on Tuesday expressed opposition to the China-related contents in a new act adopted by the United States.

US President Donald Trump on Monday signed the National Defense Authorization Act for Fiscal Year 2019 into law. The act includes clauses such as directing a whole-of-government strategy on China and submitting the assessment and plan on strengthening Taiwan's force readiness.

"The China-related contents in that act are filled with a cold-war mentality, advocating confrontations between the two countries and interfering with China's internal affairs," said Wu Qian, spokesperson with the Ministry of National Defense.

Wu identified the related contents as violations to the one-China principle and the stipulations in the three joint communiques between China and the United States. He highlighted their damage to the bilateral relations, military ties, mutual trust and cooperation between the two countries.

"Chinese armed forces firmly oppose the contents and have lodged solemn representations with the US side," said Wu.

Taiwan is a part of China and the Taiwan issue, concerning China's sovereignty and territorial integrity, is the most important and sensitive issue in China-US relations, according to Wu.

Wu reiterated the resolute opposition to any form of official or military contact between any country and Taiwan, and stressed that "We will never allow anyone, at any time or in any form, to separate Taiwan from China."

Wu called on the United States to adhere to the one-China principle and the stipulations in the three joint communiques between China and the United States, and handle Taiwan-related issues prudently, so as to avoid damaging China-US relations, the military ties or the peace and stability across the Taiwan Strait.