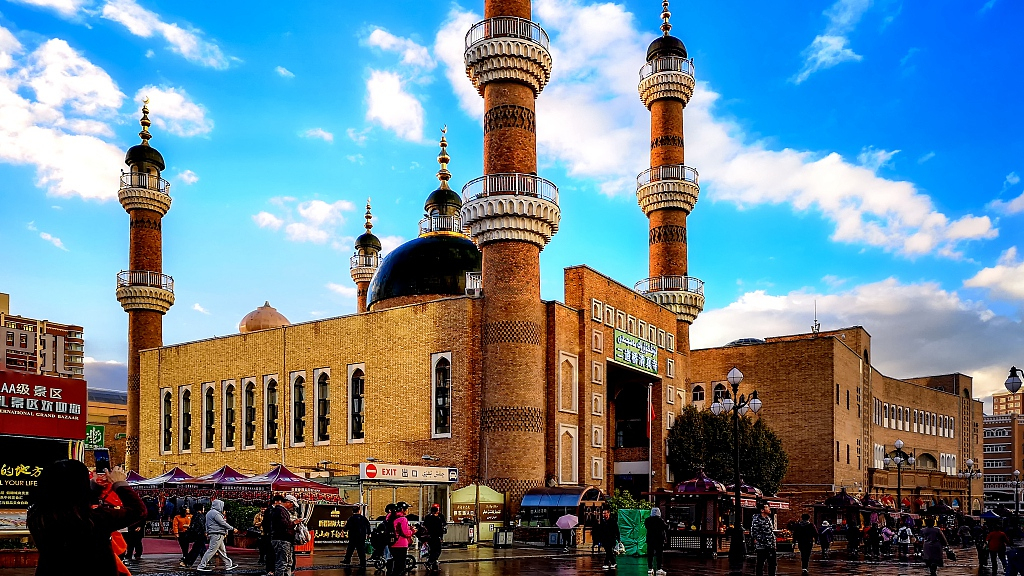 The Chinese Foreign Ministry on Monday slammed the US' diplomatic organs which, led by a few anti-China politicians, created rumors out of nothing and kept spreading fake news regarding Xinjiang.

The remarks made by ministry spokesperson Zhao Lijian were in response to a question about the US Embassy to China re-tweeting the US State Department's attacks on China's Xinjiang policy, with claims that 1 million Uygurs were detained in "re-education camps."

Officials from Northwest China's Xinjiang Uygur Autonomous Region, religious groups, graduates from vocational education and training centers and Xinjiang residents who work outside the region attended a press conference last week, introducing the real situation of Xinjiang based on their own experiences.

Zhao noted that US politicians should read the transcript of the press conference rather than citing lies fabricated by some anti-China forces to mislead the international community.

Since December, the US Embassy in China has spread more than 60 lies to attack China, despite its responsibility being to promote friendship between the two peoples rather than attacking China, Zhao said.

"Human rights," together with "democracy" and "freedom," are common excuses the US resorts to ferment color revolutions in other countries or blatantly invade and destroy a country, the diplomat said, citing Afghanistan, Iraq, Libya and Syria as examples where tens of millions of civilians died or became refugees.

The first mission of US embassies and diplomats is to perform their duty and promote the relationship between the US and the country they are stationed in, resolving misunderstandings via communication. If they still have time and resources, they better care more for their domestic human rights problems, like huge income gaps and police violence against African Americans, rather than interfering in other countries' internal affairs, the diplomat continued.

The US State Department has been using Xinjiang as a hitting-point to concoct lies about "human rights" and "forced labor." But foreign diplomats and reporters have been to the vocational education and training centers that were smeared by the US, misrepresenting them as "camps."

People who have visitecd Xinjiang spoke highly of the region's anti-terrorism achievements, economic development and guarantee of residents' freedom of religious belief, the Chinese diplomat said.

Foreign Ministry spokesperson Zhao Lijian stressed that Xinjiang now has social stability, economic growth, ethnic and religious harmony and all Xinjiang residents, including Uygurs, have better livelihoods. In contrast, systematic discrimination by US law enforcement and judicial organs led to 75 percent of Muslims feeling discriminated in the US. Since the epidemic began, more than 1 million Americans applied for unemployment relief in the one state of Florida alone. Numbers do not lie, Zhao said.

The US should spend time focusing on its own problems and safeguard the lives of its people, not spreading political viruses and interfering in China's internal affairs by hyping up Xinjiang-related topics, Zhao said.