Chinese director accused of forcing actress to dance at party 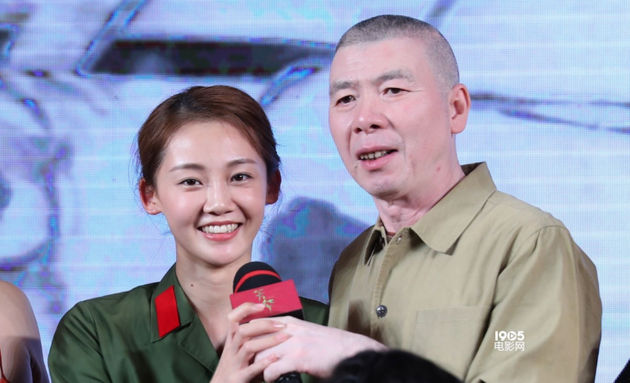 A prominent Chinese film director has come under fire for pressuring the female lead in his recent blockbuster to perform an impromptu dance at a private party during Chinese New Year.

In a video circulated on microblog platform Weibo beginning last week, Feng Xiaogang proposes that actress Miao Miao — who stars in the 2017 film “Youth” about a historical Chinese military performance troupe — dance for the party attendees, including celebrities and film industry professionals.

Following objections from one of the party guests, actor Chen Daoming, that such a performance would be “inconvenient” for the actress, especially since she’s wearing high heels, Feng holds her wrist and then says he wants Miao to demonstrate why she was chosen as the film’s leading lady. Miao says something inaudible — before Feng adds that she can take off her shoes and dance barefoot. Miao then agrees and performs the dance.

The footage was soon reposted by multiple Weibo accounts, along with comments criticizing the 59-year-old film executive for abusing his influence over a younger female rising star. “Frankly speaking, every time I see this type of performance, I get the feeling that [someone is being] toyed with,” one netizen wrote on Weibo.

Yet others felt that the unscheduled dance performance was typical of the self-promotion expected of today’s actors and actresses. “As part of the entertainment world, Miao Miao should understand that this is no big deal,” another Weibo user posted.

Feng Xiaogang’s studio did not respond to Sixth Tone’s requests for comment on Thursday.

Considered a successful commercial filmmaker, Feng Xiaogang is known for hits like 2016’s “I Am Not Madame Bovary.” His latest offering, “Youth,” follows a troupe of military performers who traverse the country in the 1970s and ’80s staging song and dance performances to boost morale. Miao stars as newly recruited dancer He Xiaoping — hailed as a breakout role for the actress. Miao’s studio did not reply to Sixth Tone’s request for comment by time of publication.

“Youth” has been well-received among domestic and foreign audiences, raking in more than 1.4 billion yuan ($220 million) at the Chinese box office and earning an 89 percent rating on American film and TV review site Rotten Tomatoes.

As the #MeToo movement — ignited by sexual harassment and assault allegations against Hollywood power brokers — has swept the U.S. in recent months, gendered abuses of power have also gained attention in China, with allegations of sexual misconduct surfacing on a number of college campuses.

“I believe the netizens who pointed out the power structure are trying to get people to rethink the hidden side of behaviors they’ve become accustomed to,” said Feng Yuan.