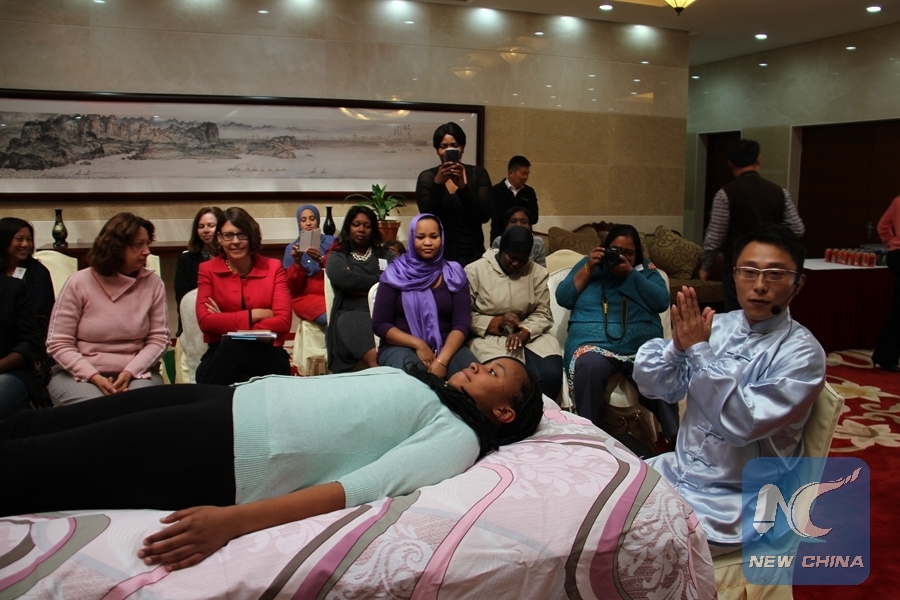 "It is a place you have difficulty finding the right direction; I always felt as if the sun rose in the west," this is the first sentence Li wrote in his new book about his experiences in Africa.

Li works in a traditional Chinese medicine (TCM) hospital in Hangzhou, capital of east China's Zhejiang Province. He went to Namibia with his medical team on an international aid mission in 2004 and stayed there for four years.

During his stay in Namibia, Li worked in Katutura Hospital in the country's capital Windhoek as an acupuncture and moxibustion therapist. "Many locals were curious about what I did," Li recalled.

Li worked differently compared with other medical staff in the hospital. He often used long needles, but without tubes at the end. He burned herbs in the room and heated bottles on an open fire.

Oliwa was one of his patients. He was treated in the hospital for a broken bone, and after an operation, he felt pain in his thighs and bottom. One day, he was attracted by the smell of burning herbs in Li's office.

After a consultation, Li invited him to try the TCM therapy. In just one session, Oliwa's pain was greatly relieved.

"He asked whether I used secret potions in the needles," Li said, "And I explained to him the theory of TCM."

TCM believes that Qi and blood circulate through the body and pain happens where the Qi-blood circulation is blocked, Li said. "Oliwa was very interested in the theory."

Oliwa was finally cured after a few sessions, but Li's quest to spread TCM did not stop there.

Zuleka, who opened a hospice to provide care for terminally ill patients became one of Li's students.

"Zuleka wanted to help those suffering great physical and psychological pain in her hospice, and I taught her some basic skills of acupuncture and moxibustion," Li said.

After learning for several weeks, Zuleka gave the therapy to his patients. Many said they have a better appetite, sleep easier, and have less pain after being treated.

Li met his wife on holiday back in China, and the two maintained their long-distance romance for several years. They communicated primarily through e-mail, sharing their daily adventures with each other.

Now back in Hangzhou, Li still pays attention to the news in Africa. He invites African interns in his hospital to experience acupuncture and moxibustion in his office and talks about the continent with them.

"Over the years, I wrote my thoughts about Africa in my notebooks and mobile phone whenever I was inspired," Li said, "Life in Africa is a journey of personal growth."