On Thursday, Tian first performed preoperative planning and 3D surgical positioning for the two patients and then implanted a total of 12 pedicle screws in the spine of the two patients, who were in Yantaishan Hospital of east China's Shandong Province and Jiaxing No.2 Hospital of Zhejiang Province, respectively. 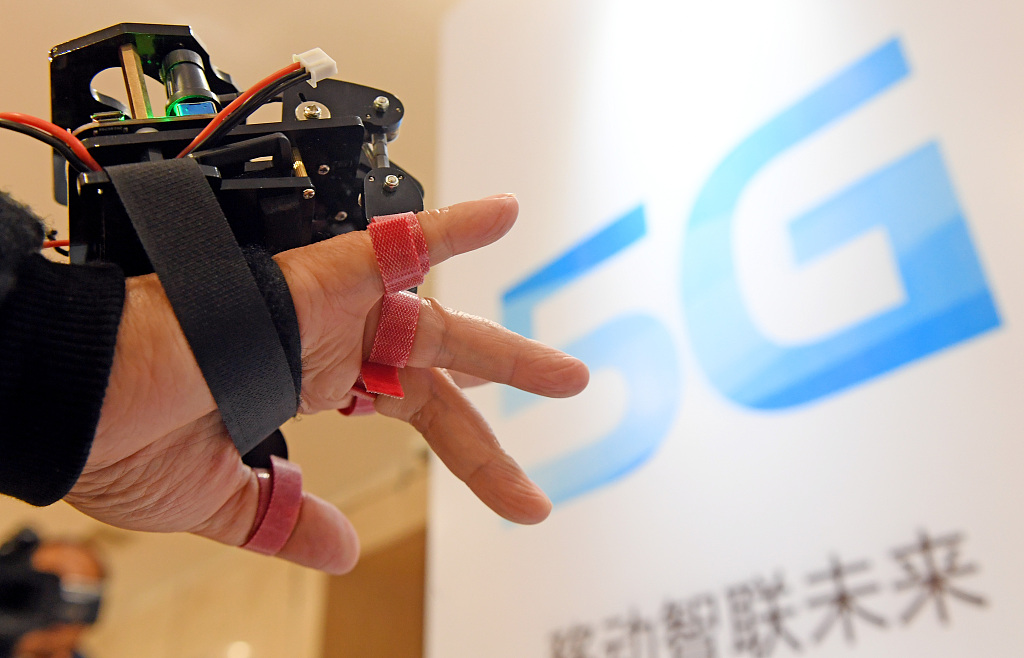 With the support 5G network and technology, the signal transmission was smooth and stable during the operation, and enabled seamless coordination between Beijing experts, local surgeons and the orthopedic surgery robots.

This is the first time that China has conducted surgeries for two patients from two different hospitals at the same time with the help of 5G technology to control the orthopedic surgery robots remotely, according to Tian.

The quality and safety of the remote surgeries have been significantly improved with the help of 5G technology and the orthopedic surgery robots, said the president.

The success of the surgeries marks the teleoperation technology of intelligent robot has been put into clinical practice in China, which is of great significance to improve the quality of medical service.

Tian Jin, the orthopedic surgery robot, independently developed by China, can be used in surgeries in spine, pelvis, acetabulum, limbs and other parts of the human body. It can provide doctors with safer and more efficient navigation and positioning assistance and has been widely used in 268 hospitals across China.