GUANGZHOU, April 3 (Xinhua) -- Surgeons in the southern Chinese city of Gaozhou successfully conducted cardiac endoscopic surgery with help from experts 400 km away via a 5G wireless network on Wednesday.

The surgery was performed on a 41-year-old female patient suffering from congenital heart disease and lasted nearly four hours. 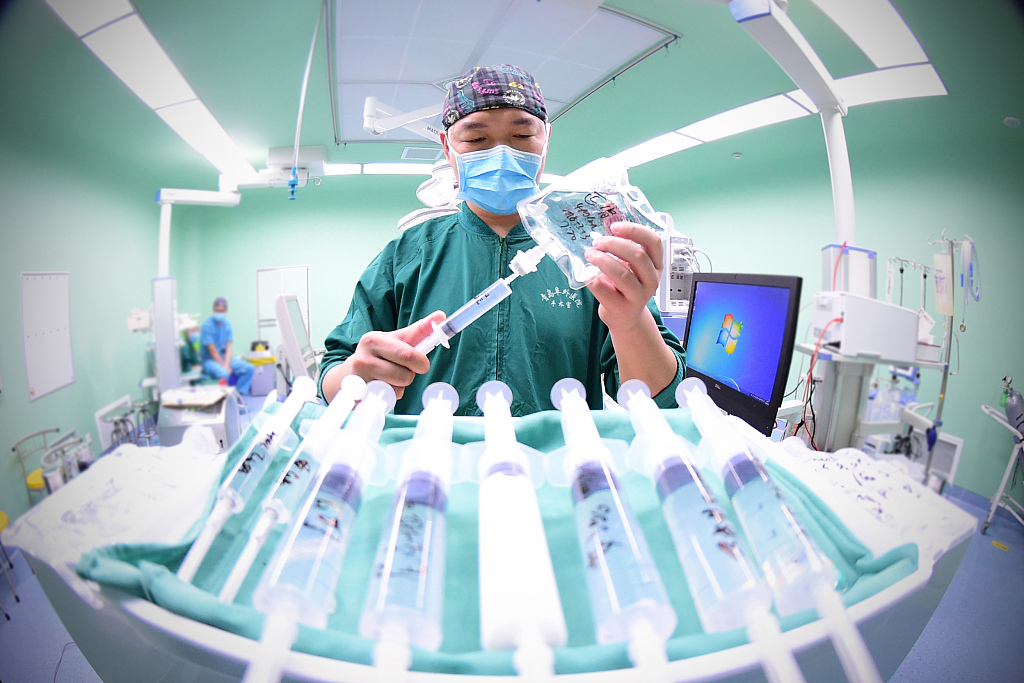 The 5G wireless network, which offered a transmission speed 10 times faster than a 4G service, was stable throughout the surgery, according to technicians.

Guo Huiming, head of the expert team, monitored the whole process on a large screen, which also showed the patient's vital signs and a model of her heart generated by virtual reality (VR) technology.

At one point, Guo instructed the chief surgeon in Gaozhou to move the cutting point 3 cm upward to avoid harming the nerve.

"With 5G technology, doctors who are 400 km apart can cooperate to conduct a surgery," said Yu Xueqing, president of Guangdong Provincial People's Hospital. "It saves a lot of time and enables doctors to treat more patients."