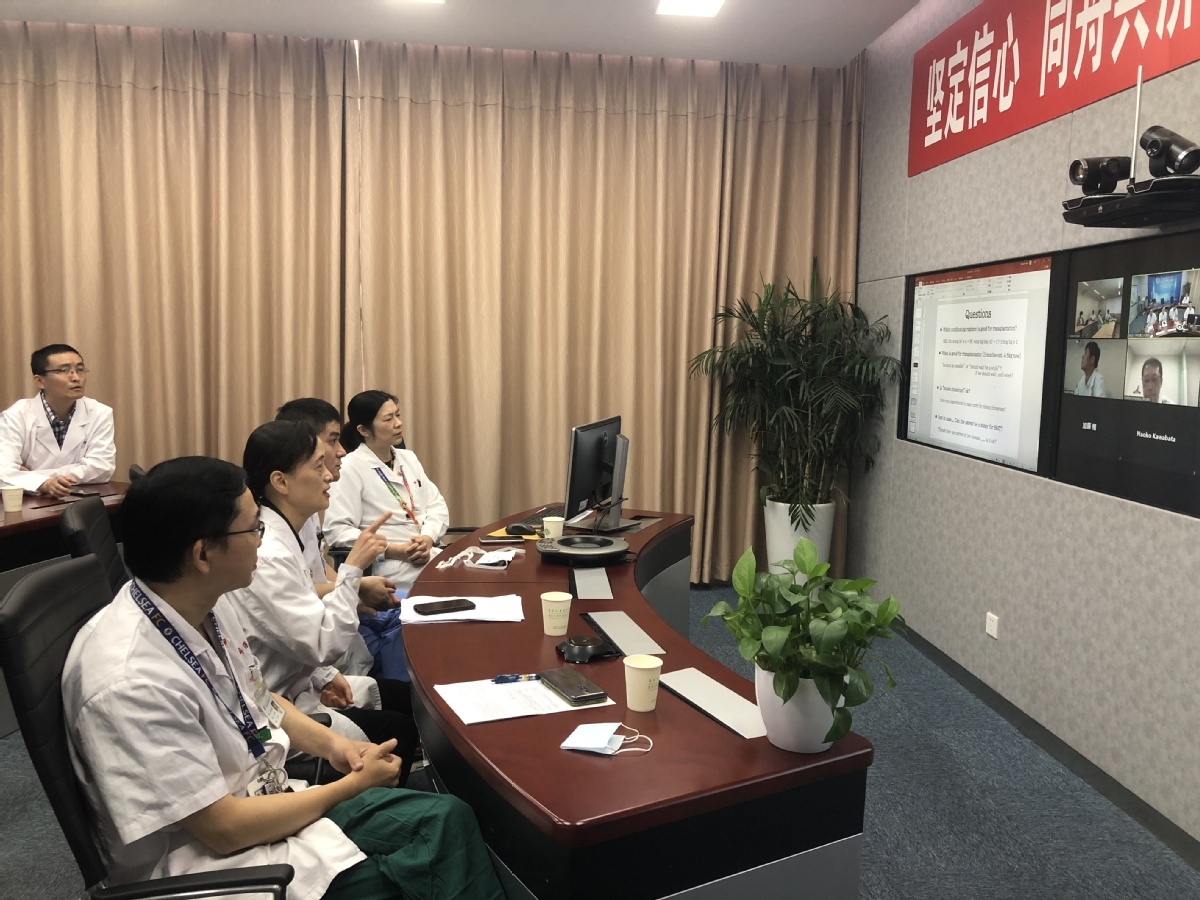 Doctors from The Children's Hospital of Fudan University participate in an online medical consultation with a Japanese medical team in Kyoto to treat an infant suffering from inflammatory bowel disease caused by gene defects. (Photo: China Daily)

A transnational, online medical consultation between pediatricians from Shanghai and Kyoto was held on Friday to help the latter with their treatment of an infant suffering from an inflammatory bowel disease caused by gene defects.

Huang Ying, director of the gastroenterology department at the Shanghai hospital, said that the infant's condition was severe as she started showing symptoms quite early.

"The Japanese doctors were very interested in the transplantation plan. We may follow up with one or two online consultations based on how the baby's condition progresses," she said.

On Aug 27, the Shanghai hospital received a request for medical assistance from pediatricians at the Japanese hospital regarding the treatment of the 3-month-old baby girl born to Chinese parents who have lived in Japan for two decades.

The girl started suffering from fever and diarrhea the day after she was born on June 4.

Traces of blood were also found in her stool.

The newborn was first admitted to a hospital in Osaka but her condition deteriorated as she starting suffering from severe mouth ulcers and extensive skin erythema. Her body temperature and level of hypersensitive C-reactive proteins remained high for 40 consecutive days despite treatment.

The infant was transferred to the Kyoto hospital on July 16 and was diagnosed with inflammatory bowel disease caused by a gene mutation.

Only four such cases, two of which did not survive, have been reported in Japan.

The Japanese hospital then discovered that the Shanghai medical institution, part of the country's child medical center, has a multidisciplinary team for such a disease and has treated more than 100 child patients suffering from the condition.

More than 60 of these patients received umbilical blood stem cell transplantation and most have recovered well, the hospital said.