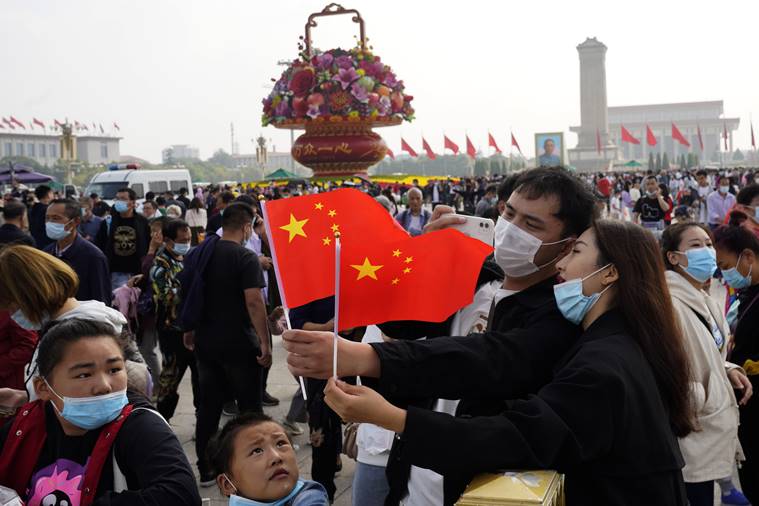 The 8-day National Day and Mid-Autumn holidays, which started on Thursday, is a traditional high period for consumption as tourism often hits its peak, analysts said. The strong revival of tourism reflects China's consumption recovery.

The number of cars on highways in China was about 54 million, an increase of 3 percent year-on-year, data showed.

Videos posted on Twitter-like Sina Weibo showed cars lined up on highways on Thursday, packed like in a giant parking lot. Some people even went fishing along the highway, with others practiced Tai Chi.

Industry analysts said the industry will be able to recover 70 to 80 percent of last year's level in the fourth quarter.

"Confidence and the desire to travel emerged after the epidemic. Travel agencies, scenic spots and hotels also offered promotions," Chen Bo, director of the Digital Finance Research Center at the Central University of Finance and Economics, told the Global Times.

Natural scenic areas are the most popular destinations, followed by theme parks, zoos and botanical gardens. Cultural tourism has also become a hot item recently, such as museums, Trip.com, a Chinese online travel agency, said. As culture spots are mostly indoor venues, it is necessary to restrict the flow of people based on epidemic prevention and control measures, which made booking much more difficult.

A Beijinger surnamed Wu told the Global Times on Friday that her family had planned to visit the Palace Museum, but unfortunately, they were late to reserve, as all the tickets for the holiday until October 8 had been sold out.

To meet a greater demand, the Palace Museum raised the number of daily reservations to 30,000 starting Thursday. It had already raised the daily limit to 12,000 in July.

The Sihang Warehouse in Shanghai, a historic building where 452 Chinese soldiers fought the Japanese army during the War of Resistance against Japanese Aggression (1931-45), has turned into a hot tourist spot after the war epic, The Eight Hundred, which depicted this battle, was released in August.

Tickets during the holidays are fully booked, a Sihang Warehouse staffer told the Global Times Friday. "The quota is 3,500 each day," he said.

Trip.com data shows Shanghai is the hottest destination. The city had embraced 950,000 visitors as of 3:00 pm on Thursday, a 110-percent growth year-on-year. Tourists nationwide flooded Shanghai's 150 main attractions, including the renowned Yuyuan Garden, where staffers said they saw the number of visitors dramatically higher than this year's May Day holiday.

"We ask every visitor to wear a mask, and to have their temperature checked before entering," a staffer from the Yuyuan Garden management center surnamed Tang told the Global Times Friday.