An editor-in-chief of China's State-owned flagship newspaper in science and technology is in hot water over his recent remarks saying that China should admit to its lagging technological development compared with western developed countries. 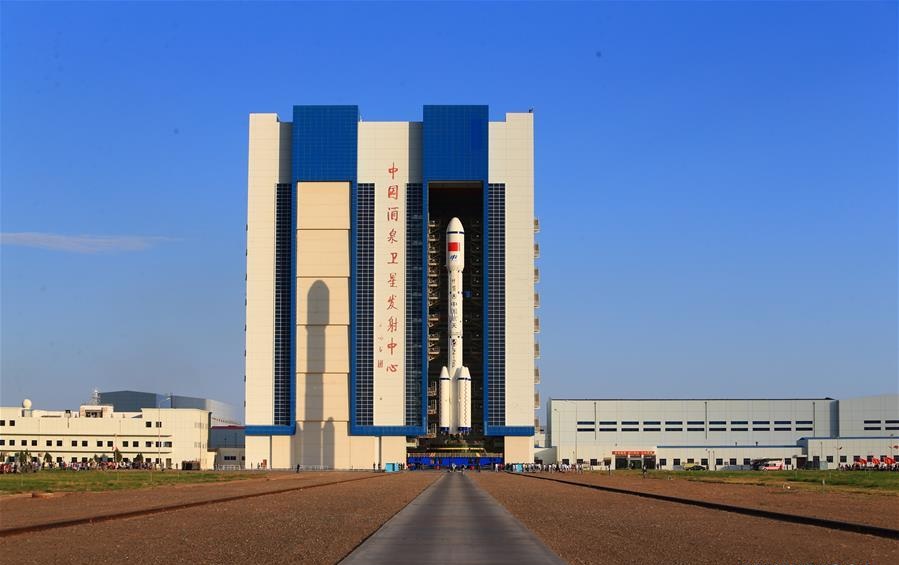 The Tiangong-2 stands with its carrier rocket on the launch pad at Jiuquan Satellite Launch Center in Jiuquan, northwest China's Gansu Province, Sept. 9, 2016. China's second space lab Tiangong-2 is scheduled to be put into space between September 15 and 20, according to the office of China's manned space program. (Photo: Xinhua)

The gap between China and western developed countries has not narrowed but instead widened in some key technological areas, Liu Yadong, chief-editor of Science and Technology Daily, a newspaper affiliated with the Ministry of Science and Technology of China, said Thursday on a science communication salon.
Liu's voice was represented in a recent introspection about China's technological capability after the trade friction between China and the US, namely the latter's sanctions against Chinese telecommunication company ZTE, said experts.
"We should neither exaggerate Chinese achievements nor improperly underestimate the country's capability in technological development," Xiang Ligang, chief executive of telecom industry news site cctime.com, told the Global Times.
China used to have big a gap with developed countries, but it has narrowed the gap in many industries, such as 5G and artificial intelligence, which could be of preeminent importance in the near future, Xiang said.
At a press conference held in March, Wan Gang, minister of science and technology, said China is taking a leading position in strategic hi-tech sectors.
Major achievements include the launch of the Tiangong-2 space lab, the Jiaolong deep-sea manned submersible, construction of the Five-hundred-meter Aperture Spherical Radio Telescope (FAST), and the test flight for airliner C919.
The development of China's science sector is imbalanced, and the hyping of leading technologies should be curbed to avoid being used to serve Western rhetoric of the "China Threat" theory, said Xiang.
It will still take two generations' effort to eliminate the gap between China and the US in the science and technology sector, Yuan Lanfeng, a research fellow at the University of Science and Technology of China, told the Global Times.
"The most important thing to remember is to increase investment and pay attention to the reform of scientific research in China instead of arguing," Yuan added.