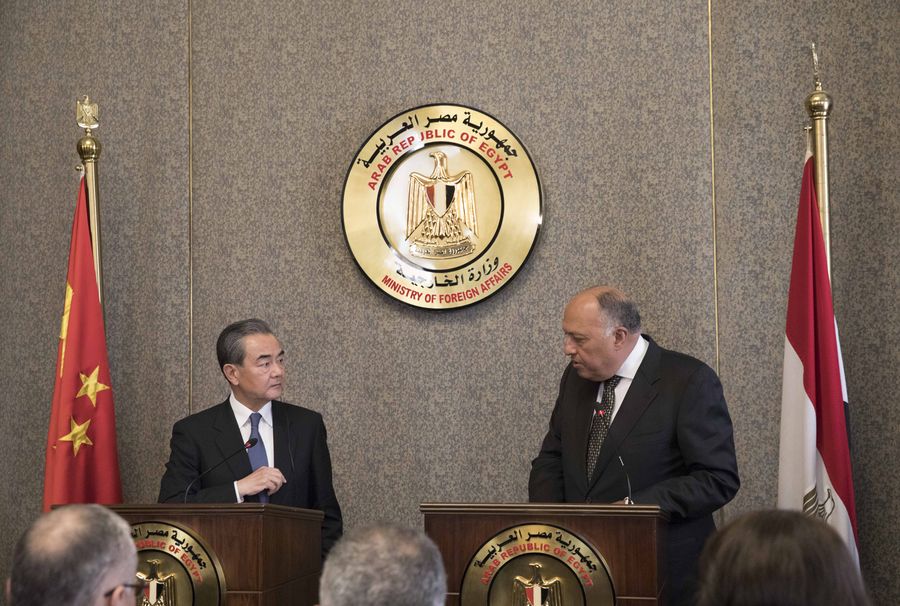 Wang said that in recent years, under the leadership of Chinese President Xi Jinping and Egyptian President Abdel-Fattah al-Sisi, the comprehensive strategic partnership between the two countries has been elevated to a higher level and is now at its best.

The Chinese side thanks Sisi for having recently recorded a special video to extend congratulations on the 100th anniversary of the founding of the Communist Party of China (CPC), Wang said.

Noting that China and Egypt have always supported each other firmly on issues concerning each other's core interests, Wang said that China appreciates Egypt's participation in a joint statement supporting China at the 47th session of the United Nations Human Rights Council.

The two sides have also maintained close coordination on international and regional issues to safeguard the common interests of developing countries, he added.

Facing the COVID-19 pandemic, China has always given priority to Egypt's needs and tried its best to provide vaccine support to Egypt, Wang said.

The production line in Egypt of China's Sinovac COVID-19 vaccine will be put into operation soon, which is the first time for China to work with an African country in vaccine production, Wang noted, adding that he hopes the project will proceed smoothly.

For his part, Shoukry, on behalf of the Egyptian government and people, once again extended warm congratulations on the 100th anniversary of the founding of the CPC.

The Egypt-China relations boast a long history and the two sides share broad common interests, Shoukry said, adding that the two countries have offered firm support to each other on various major issues, which is a vivid demonstration of their strong ties.

Egypt attaches great importance to the development of its relations with China and hopes to strengthen bilateral friendly cooperation in various fields, enhance their Belt and Road cooperation, and inject more vitality into the comprehensive strategic partnership between the two countries, he added.