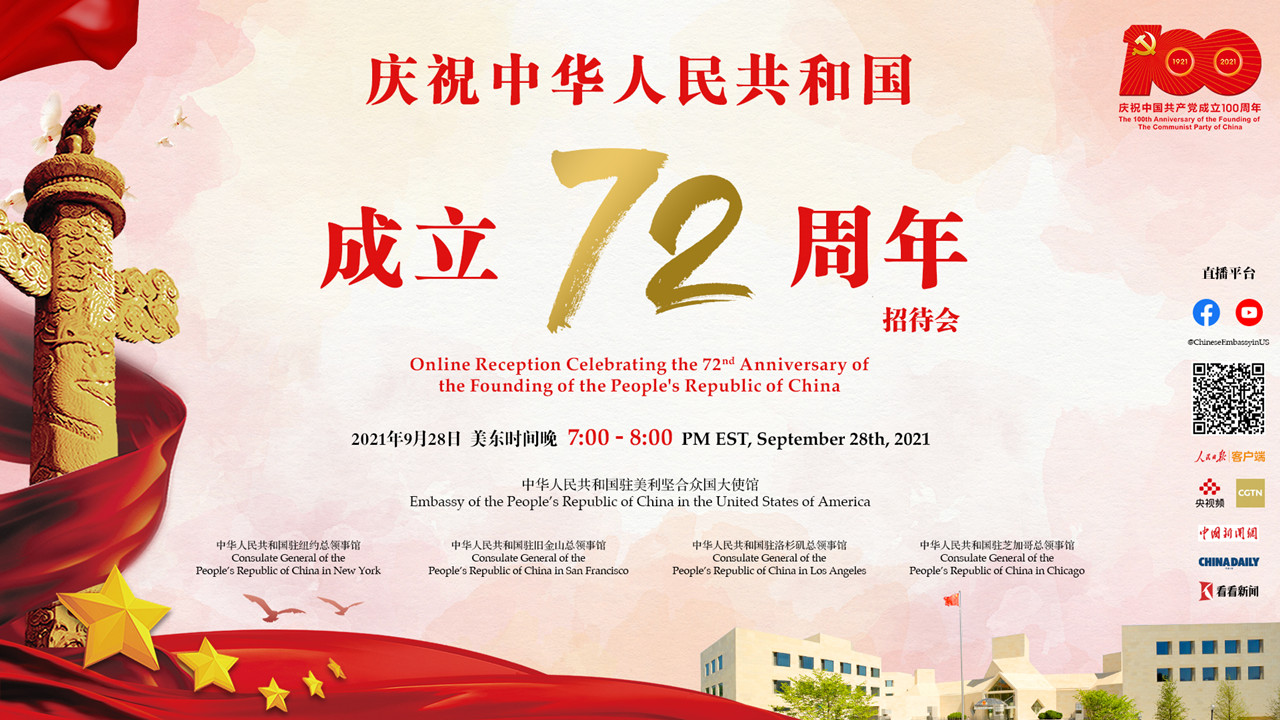 An online reception for the 72nd anniversary of the founding of the People’s Republic of China will be held on September 28 at 7 pm EST (7 am Beijing Time, September 29).

The reception is organized by the Chinese Embassy in the U.S., together with Chinese Consulates General in New York, San Francisco, Los Angeles and Chicago.

At the reception, Chinese Ambassador Qin Gang and invited guests will deliver video remarks, which will be followed by performances by the students and faculty of The Tianjin Juilliard School and The Juilliard School, artists of US National Symphony Orchestra and Chinese students in the U.S. Your participation is welcome!

Watch the reception at:

Official YouTube channel of the Embassy of the People's Republic of China in the United States.

Official Facebook page of the Embassy of The People's Republic of China in the United States.