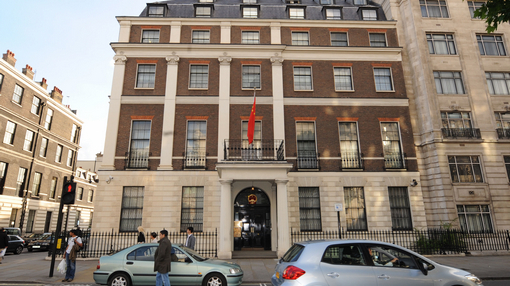 The Chinese Embassy in UK on Saturday asked the UK to fairly handle the case of Chinese journalist Kong Linlin in accordance with the law.

"We are shocked and angered about the British court's decision in Kong Linlin's case," the emabassy said.

The Chinese journalist exercised her right to express her views at a fringe meeting of the Conservatives' annual conference but suffered obstructions and rough treatments. She was interrupted when she performed her normal duties and her personal safety was threatened, said the embassy.

"This makes us doubt the freedom of speech and press in UK," said the embassy, adding that the court's decision also raises doubts about the credibility of the British judiciary.

"We noticed that Kong has appealed the decision and we asked the UK's justice department to handle the case fairly and protect the legitimate rights and interests of Chinese journalists," it added.