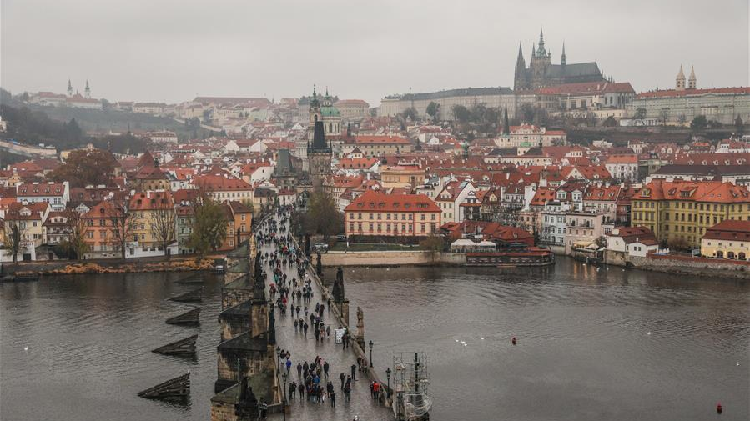 A spokesman for the Chinese Embassy in the Czech Republic on Tuesday reprimanded president of the Czech Senate Milos Vystrcil for his planned trip to Taiwan.
Such a visit would mean blatant support for the separatist forces and activities of "Taiwan independence," which seriously infringes China's sovereignty and territorial integrity, violates basic norms of international relations and bilateral political commitments, and causes grave damage to the premise and political foundation for China-Czech cooperation, according to a statement from the Chinese embassy.
The Chinese side expressed strong dissatisfaction with and firm opposition to Vystrcil's planned visit, the statement said, adding that the Chinese side firmly opposes any form of official exchanges between Taiwan and countries that have diplomatic relations with the People's Republic of China.
Some Czech politicians brushed aside China-Czech relations and reciprocal cooperation by insisting on planning a so-called visit to the Taiwan region, the embassy noted.
They not only tried to undermine China's sovereignty on the Taiwan issue, but even slandered the legitimate act of opposing their interference in China's internal affairs and safeguarding its sovereignty and territorial integrity as an "interference" in Czech's internal affairs, falsely claiming that paying visits to Taiwan is to "safeguard Czech sovereignty."
What they have done flies in face of the basic facts and international morality, the embassy said.
There is only one China in the world and Taiwan is part of it. Both the United Nations and the European Union uphold the one-China principle.
The Czech Republic has always been committed to pursuing the one-China policy, the embassy said, urging some Czech politicians not to take the issues concerning China's sovereignty and territorial integrity as personal tools for political manipulation, but to put the common interests of the two peoples first, and return to the track of promoting the development of China-Czech relations and mutually beneficial cooperation.
Vystrcil announced earlier that he was planning a trip to Taiwan in late August.