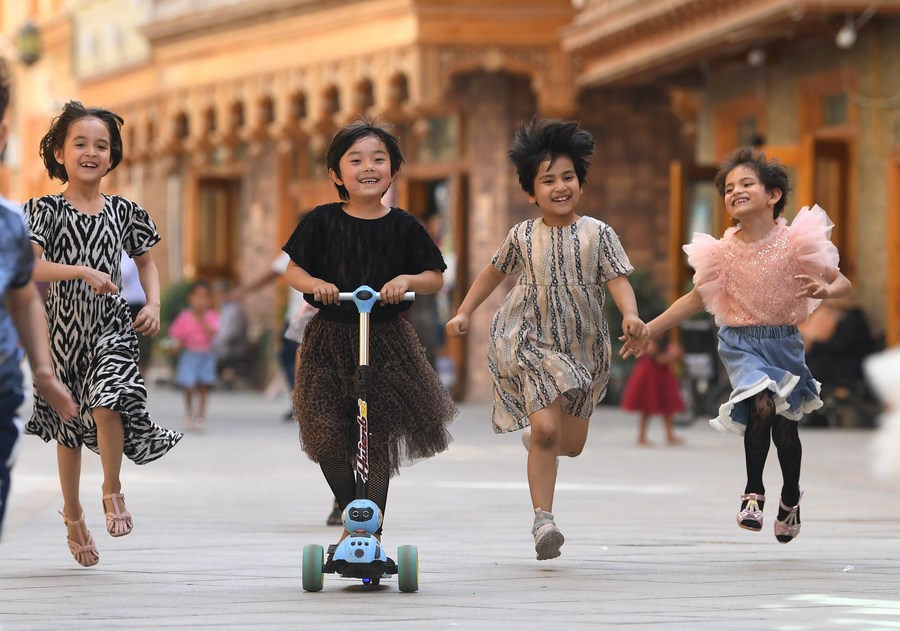 A spokesperson for the Chinese Embassy in the UK told reporters that the report made irresponsible comments and was a gross interference of China's internal affairs.

"The Chinese people have the biggest say on China's human rights situation," the spokesperson told reporters. "China has always been committed to promoting and protecting the human rights and basic freedoms of its people, and has made great progress in the human rights cause, which is a fact acknowledged by anyone free of prejudice."

The embassy said that Xinjiang was benefiting from economic development, social stability, improved livelihoods, and ethnic unity. "The Chinese government's policy on Xinjiang has won the wholehearted support of the people of all ethnic groups," the spokesperson said.

Following comments from Foreign Secretary James Cleverly published with the report the embassy reminded the UK of recent allegations of human rights abuses on refugees being held in centers in the UK and said the nation suffers from racial discrimination.

"During the UK's invasion of Iraq and Afghanistan, innocent people were killed indiscriminately, leaving behind atrocious records of human rights abuses," the spokesperson said. "The UK should reflect on its own serious human rights violations, and is in no position to lecture other countries."

In response to claims that Christians, Muslims, Buddhists, and other practitioners remained at risk of persecution, China said people of all ethic groups enjoy freedom of religious belief saying it was a basic policy of the Communist Party of China and it also challenged "groundless" accusations of media censorship, saying journalists from around the world are always welcome in China.

"We urge the UK side to rectify its hypocrisy on human rights issues, stop its practice of double standards, and stop interfering in China's internal affairs in whatever way," the spokesperson's statement concluded.