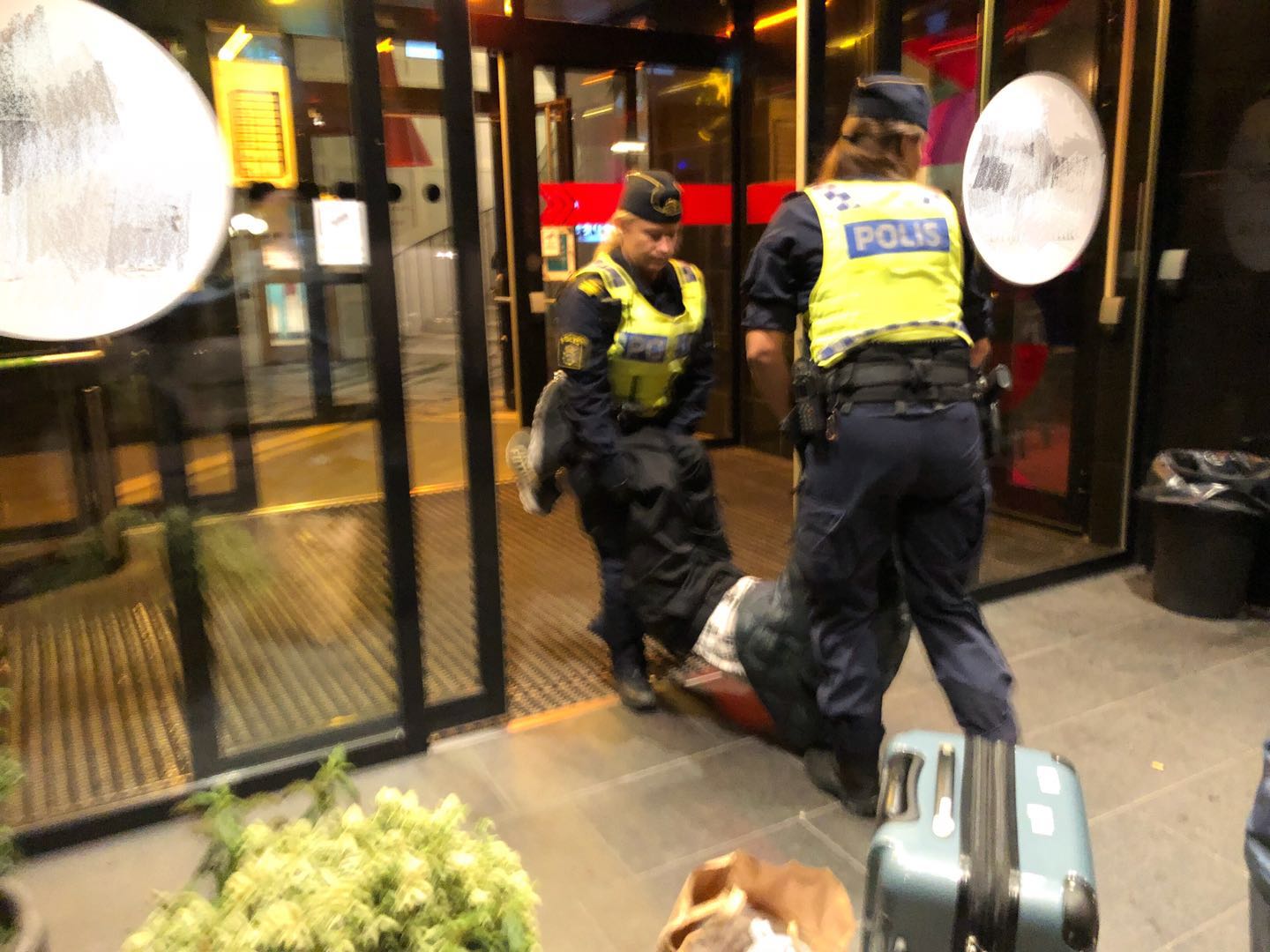 The Chinese Embassy in Sweden issued a safety alert on Friday. According to the safety alert, recently, there are more cases where Chinese tourists have been victims of theft and robbery, as well as cases where victims were treated poorly by Swedish police.China's Ministry of Foreign Affairs and the Chinese Embassy in Sweden said they are concerned about the safety and legitimate rights of Chinese citizens visiting the country.According to one of the victims, surnamed Zeng, he and his parents traveled to Stockholm, Sweden in the early morning of Sept. 2. The room they had booked was not available for check-in until later in the daytime. Considering the health of his parents, Zeng asked the hotel staff if he could pay a fee, so that his parents could rest on some chairs in the lobby. Zeng said the hotel staff reacted rudely and told them to leave or they would call the police.According to Zeng, after the police arrived, he showed them his parents' prescription medication and asked if they could stay at the hotel to rest and that he would leave. He said the police ignored his request and forcibly dragged his father out of the hotel and threw him to the ground.Zeng said that his father, who suffers from cardiovascular disease, almost lost consciousness and started to twitch. The police offered no humanitarian assistance during the emergency, Zeng said.According to Zeng, after he called for help, more people started to gather. They said it was wrong for the police to poorly treat the elderly and urged the police to offer help to Zeng's father. Zeng said that soon, more police officers with guns arrived in two cars. They started to disperse the crowed and tried to snatch the cell phone from Zeng. Later, Zeng and his family were taken away in a police car. While they were in the police car, the police also allegedly beat Zeng's parents.After being loaded into the police car, Zeng said the police officers asked if they were refugees and if they meant to use violence. Zeng said the police threatened to abandon them in the woods to stay with the animals.After about an hour of driving, Zeng said the police stopped the car and ejected them from the vehicle at a graveyard in the middle of the night.Zeng said the temperature was lower than 10 degrees Celsius, so he and his parents huddled together for warmth in the dark as they heard the sounds of animals. Fortunately, someone who was passing by gave them a ride back to Stockholm after they stayed in the graveyard for half an hour.Zeng informed the Chinese embassy of the incident, and reported it to the local police as well after getting back into Stockholm. Zeng said he and his family consider the ordeal a "nightmare" and decided to leave the country immediately, citing his anger in what the police did to his elderly parents."I could not imagine this happening in any modern country, especially Sweden, the hometown of the Nobel Prize," Zeng said. "It is so sarcastic that they talk about human rights all the time."Zeng now wants an explanation, apology, and compensation from Sweden for his mistreatment.Zeng said that the Chinese Ministry of Foreign Affairs and the Chinese Embassy in Sweden have attached great importance to the incident. However, Sweden has not given any response on the matter.In the announcement, the embassy urged Chinese citizens in Sweden to increase their safety awareness and strengthen safety precautions. In the event of an emergency, evidence should be also collected while ensuring safety. It also stated that Chinese citizens are urged to immediately call the police and contact the Chinese Embassy in Sweden for help. 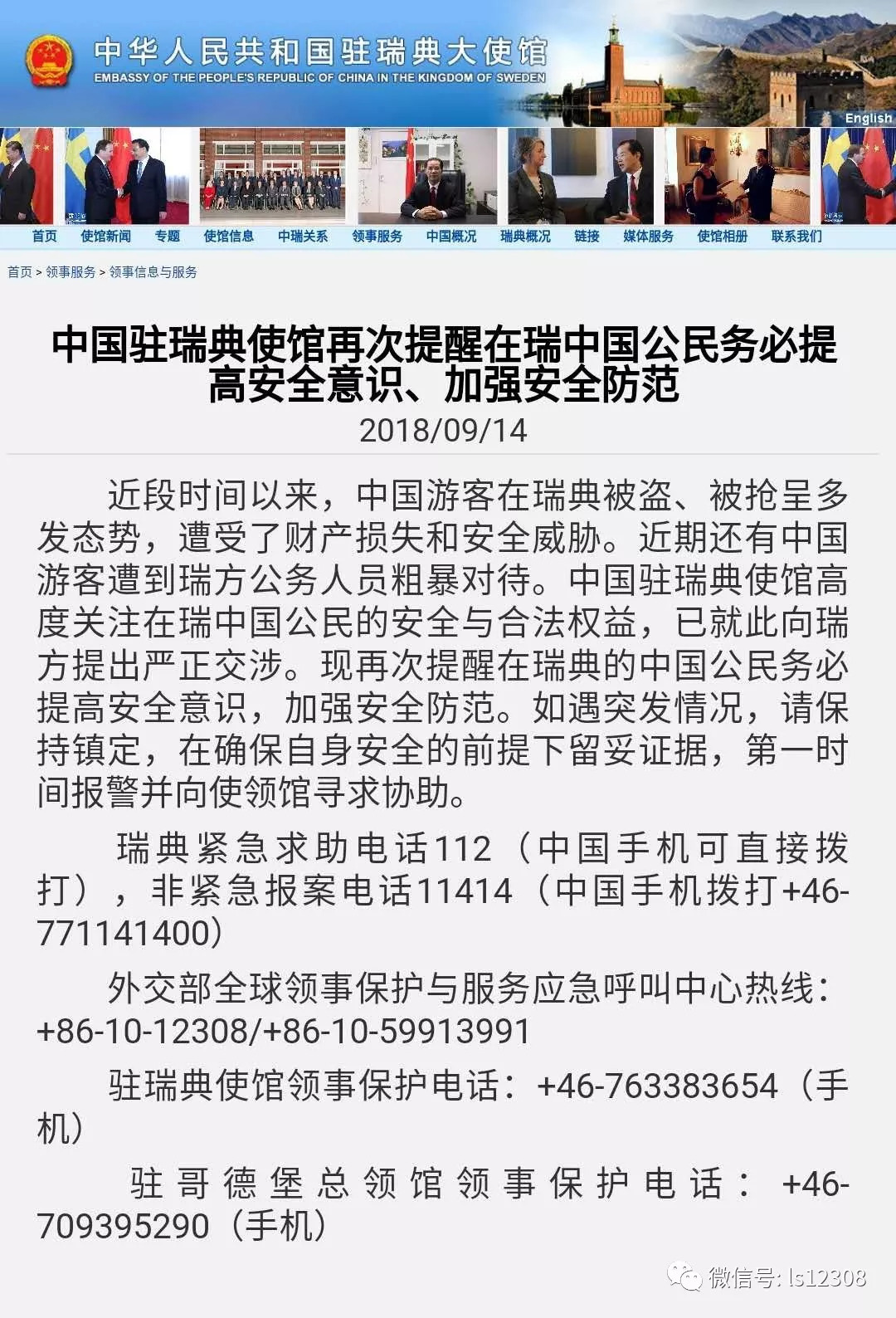