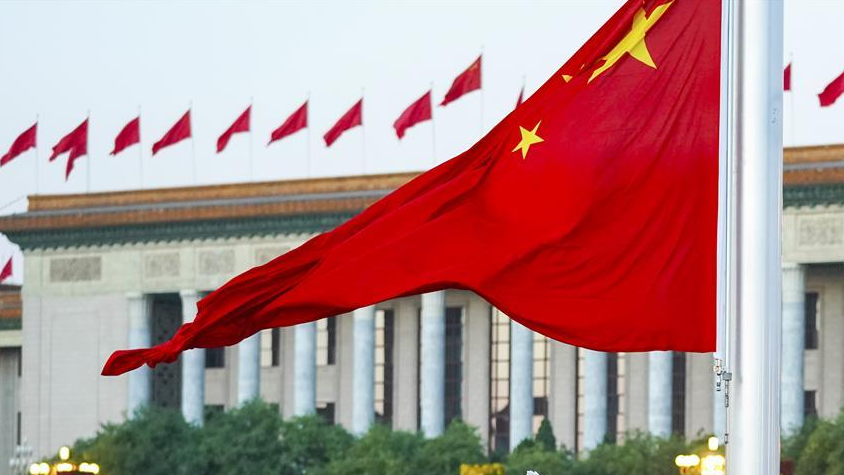 The Spokesperson to the Chinese Embassy in the United Kingdom, Mr. Zheng Zeguang while responding to the issue where the UK Government issued the 50th "Six-monthly Report on Hong Kong" on March 31st, criticizing China's policy in the Hong Kong SAR, especially the Law on Safeguarding National Security, said: The UK side, regardless of the solemn position of the Chinese side, insisted on publishing the so-called "Six-monthly Report on Hong Kong" which distorted facts, confused right and wrong, blatantly interfered in Hong Kong affairs, which are China's internal affairs and seriously violated the basic norms governing international relations. The Chinese side expresses its grave concern and strong opposition."

He added that since resuming exercise of sovereignty over Hong Kong, China has resolutely, fully and accurately implemented "One Country, Two Systems", "Hong Kong people administering Hong Kong" and a high degree of autonomy. Today, Hong Kong provides its residents with far more rights and freedoms than it did under the British colonial rule. The fact that chaos gave way to order in Hong Kong fully proves that China's decision to adopt and enforce the Law on Safeguarding National Security, improve the electoral system and implement the principle of "patriots governing Hong Kong" in the Hong Kong SAR will only strengthen the rule of law in Hong Kong, provide better safeguards for the rights and freedoms of Hong Kong residents, expand participation of the general public in political affairs in a balanced and orderly manner, and promote the healthy development of the democratic system in Hong Kong.

"The core content of the Sino-British Joint Declaration is to ensure China resumes exercise of sovereignty over Hong Kong. It does not give the UK any responsibility over Hong Kong after the handover. By repeatedly citing the Joint Declaration as an excuse to make irresponsible remarks on China's policy in the Hong Kong SAR and groundlessly criticize the lawful measures of the SAR Government in combating criminal activities and restoring public order, the UK side is in fact lending support to the anti-China, destabilizing forces and trying to continue making trouble in Hong Kong. Such attempts will never succeed."

"China has long resumed sovereignty over Hong Kong. Hong Kong affairs are purely China's internal affairs. We urge the UK side to recognize the reality and major trend, discard the colonial mindset, respect China's sovereignty and unity, and stop any form of interference in Hong Kong affairs, which are China's internal affairs, so as to avoid further disruptions in China-UK relations," the Spokesperson concluded.