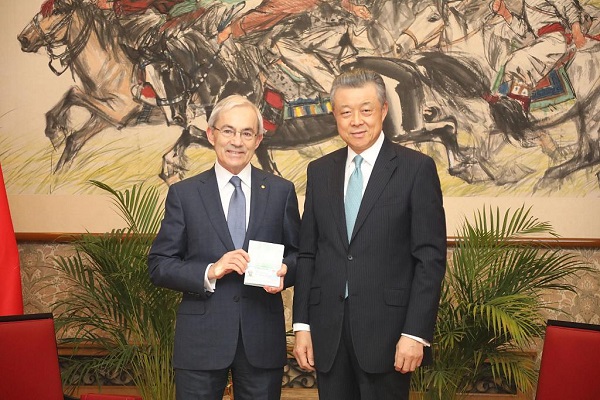 Chinese ambassador to UK, Liu Xiaoming, personally issue the visa to the 2010 Nobel Prize in Economics, who is also a professor at the London School of Economics and Political Science.

"I feel honored to be the first citizen receiving Chinese biometrics visa," said Pissarides, suggesting the new technology will help speed up his visits to China for academic exchanges.

Biometrics technology can recognize human's unique biological characteristics, including finger prints, iris scans and facial recognition. Since the September 11th terrorist attacks in the United States in 2001, numerous countries have moved to introduced biometrics into their visa applications.