The spokesperson of the Chinese Embassy in the US criticized The Washington Post on Tuesday for its "disinformation and condescending prejudice on China" in a statement released on the embassy website. 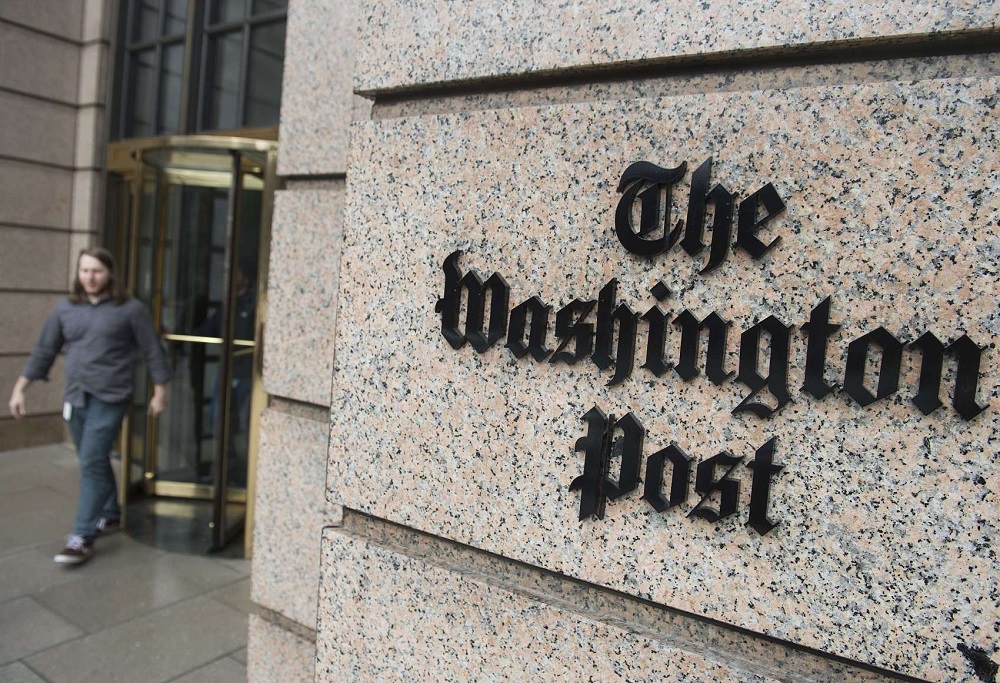 The headquarters for The Washington Post newspaper is seen in Washington, DC, December 24, 2015. (File photo: CFP)

The criticism came after the US newspaper published an editorial "Celebrate Sports, Not Dictatorship" on August 11 arguing "the US must make clear that China does not deserve to host the Winter Olympics."

Embassy spokesperson Liu Pengyu wrote a letter to the Post editorial board, part of which was published on the opinion page on Monday.

Liu said in the letter that the preparations for the Beijing 2022 Winter Olympic Games were well underway.

"We have every confidence to work with various parties to make the Games a simple, safe and splendid Olympic gathering," Liu wrote. 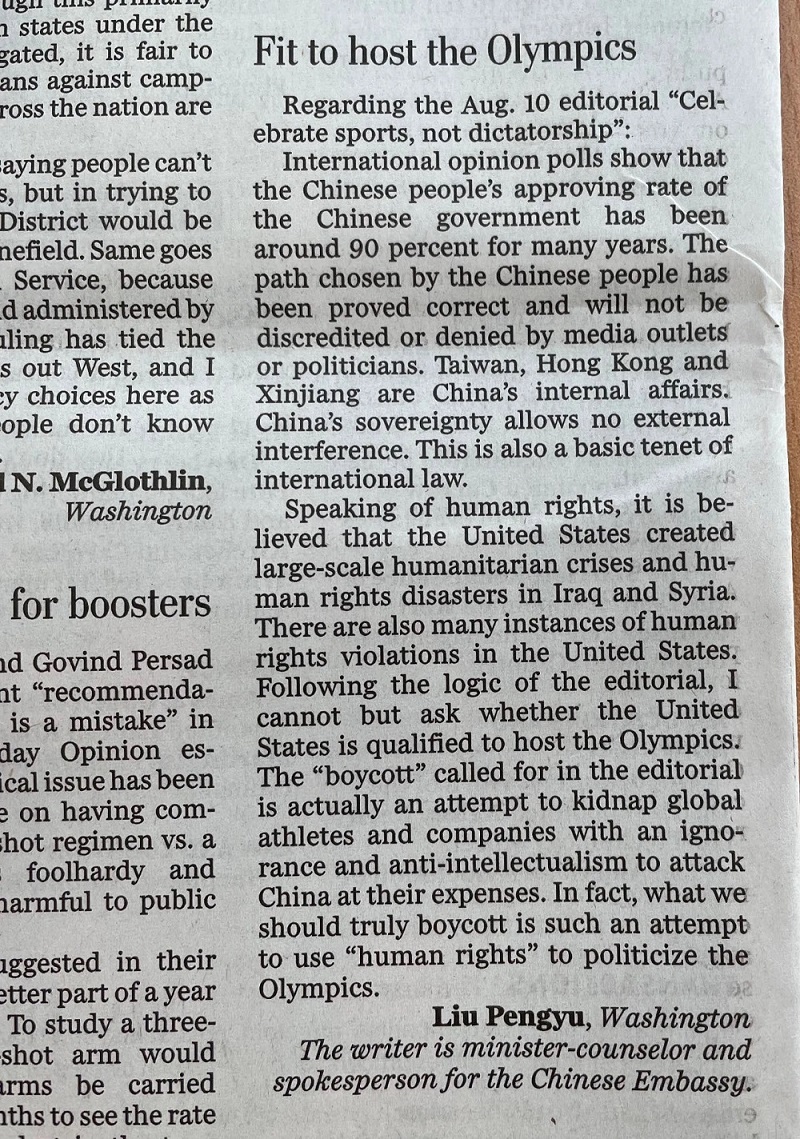 Liu's letter to The Washington Post editorial board was published in part on the August 23 opinion page. (Photo: Chinese Embassy in the US)

The Post editorial focused on China's Taiwan, Hong Kong and Xinjiang affairs, saying Beijing was "accused of genocide against its Muslim Uygur population and is intensifying a crackdown on democracy in Hong Kong, while adopting an ever more menacing military posture toward Taiwan."

Liu responded that authoritative international opinion polls showed the Chinese people's approval rate for the government was over 90 percent for many years.

"The path chosen by the Chinese people has been proved correct and will not be discredited or denied by one or two media outlets or some politicians," Liu said.

Liu stressed that the Taiwan, Hong Kong and Xinjiang affairs are all China's internal affairs.

Speaking of the Taiwan question, Liu said that China's bottom line of safeguarding its national sovereignty and territorial integrity must not be crossed.

Liu called for the US to "earnestly abide by the one-China principle and the three Sino-US Joint Communiques and stop playing the 'Taiwan card.'"

"If the siege of Capitol Hill is considered as 'insurrection' and 'domestic terrorism' in the US, why is the same violence in Hong Kong deemed 'pro-democracy' and 'pro-freedom'?" Liu noted.

The "genocide" allegation against Xinjiang was "a Lie of the Century" proved false time and again, he said. "If anyone from the WP editorial board visits Xinjiang, he/she will know its absurdity."

He cited some Xinjiang numbers, saying that over the past four decades, the Uygur population in Xinjiang has grown from 5.5 to 12.8 million and average life expectancy increased from 30 to 72 years.

"Have you ever seen 'genocide' like this?" Liu asked.

On the origin tracing of COVID-19, Liu said China opposed politicization, stigmatization and "presumption of guilt."

"We supported the WHO in carrying out open, fair and transparent investigations based on science and facts in multiple places in the world, so as to find out the truth at an early date, including about the cases that had occurred in the US before November 2019," Liu wrote.

In reference to human rights, Liu noted that the US created large-scale humanitarian crises and human rights disasters in Iraq and Syria.

"There are also many instances of human rights violations in the US. Following the logic of WP, I cannot but ask: is the US qualified for hosting the Olympics?" Liu wrote.

The Post's call for a boycott was "actually an attempt to kidnap global athletes and companies with its ignorance and anti-intellectualism and attack China at their expenses," Liu opined. "In fact, what we should truly boycott is such an attempt to use 'human rights' to politicize the Olympics."