The Chinese Embassy in Peru has expressed firm oppostion to Peruvian writer Mario Vargas Llosa's recent article published in El País, a Spanish-language daily newspaper in Spain, in which he irresponsibly attacked China in an absurd way, said a statement from the embassy's website on Monday. 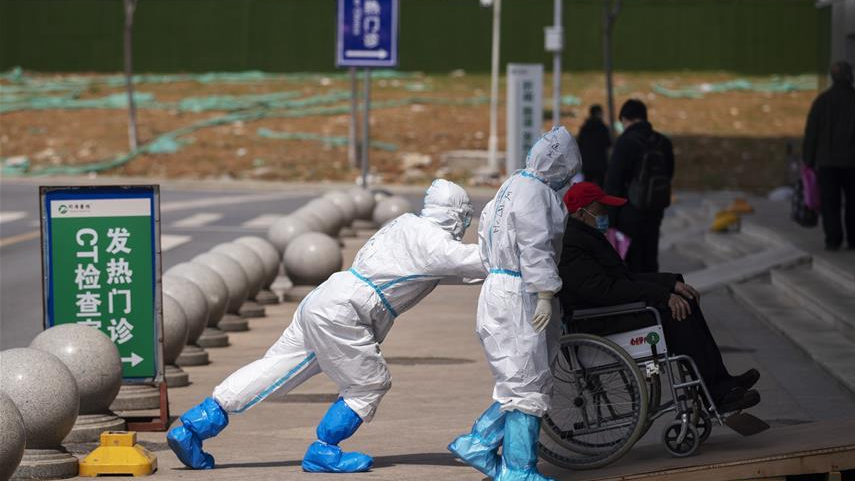 A transfer team member helps a patient in wheelchair to go up a slope in Wuhan, central China's Hubei Province, March 14, 2020. (Photo: Xinhua)

In the article, Llosa has said that the source of COVID-19 is from China, which is unreasonable as the World Health Organization (WHO) has declared the source is till not clear and stigma should be avoided, the statement said.

The embassy reiterated that people all over the world should fight the novel coronavirus together and it doesn't help to contain the virus by attacking a different political system at this time. Every country has the right to choose their own way for development.

Recently, China has been recognized by WHO and countries all over the world for its work on pandemic prevention and control. According to official statistics, none of the Chinese people in Peru has been infected.

The statement noted that China supports and helps others in fighting the pandemic while it is not clear if Llosa has any contribution to the COVID-19 battle in Europe or Peru. The embassy urged Llosa, as a public figure, to at least not spread irresponsible and prejudiced remarks if he could not help.

People can tell right from wrong, and justice will have its day, said the statement.