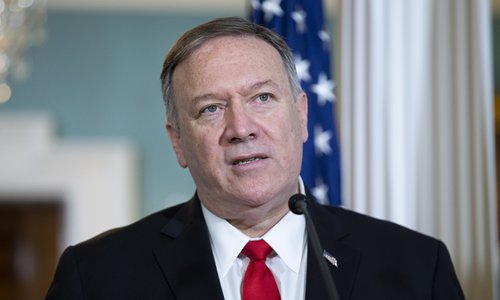 The Embassy of China in Ukraine slammed remarks by US Secretary of State Mike Pompeo on Sunday, saying that he discredited the mutually beneficial cooperation between China and Ukraine without providing any facts during his visit to the country.

According to the statement published on the embassy's official website, contrary to Pompeo's groundless remarks that China does not benefit the Ukrainian people, the two countries have had beneficial cooperation in many fields such as trade, and China has also offered free assistance and donations to Ukraine.

Interviewed by US media on Friday, Pompeo said that China is engaged in activities in Ukraine that do not bring anything good to Ukrainians.

Chinese enterprises have invested $300 million in Ukraine, covering new energy, agriculture and infrastructure, as well as environmental protection, IT and other fields, creating more than 3,000 jobs, it added.

In addition to this, China has donated many free facilities to Ukraine, including digital film projection equipment, medical emergency vehicles and emergency relief vehicles.

The statement said that despite Ukrain's tough economic situation, China has always been together with Ukraine and provides assistance as well as donations without any political strings attached.