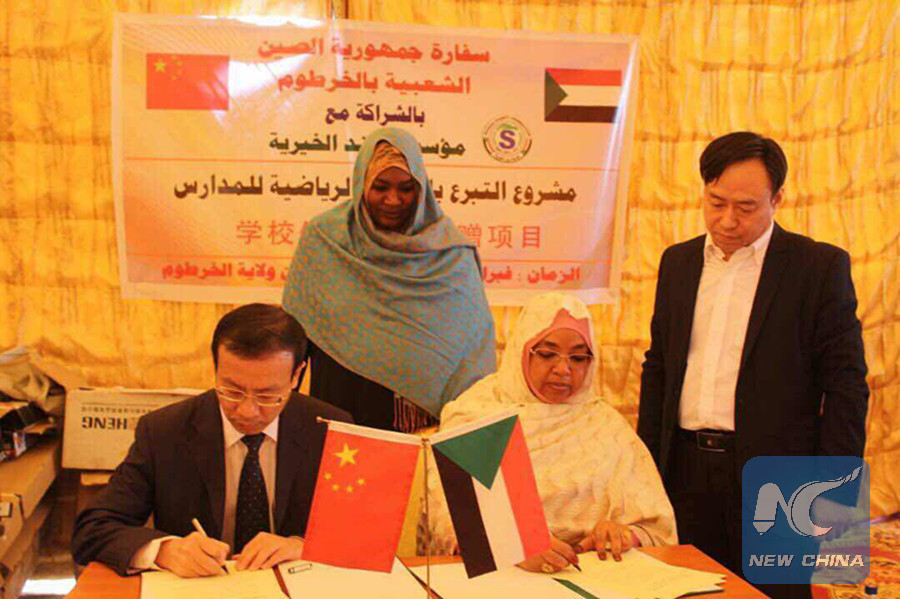 The Chinese embassy in Khartoum said Friday it has signed a deal with a charity foundation to donate sports equipment to 50 schools in Khartoum State.

The deal was signed Thursday with the Sanad Charity Foundation, a non-governmental organisation, the embassy said.

She commended the partnership between her foundation and the Chinese embassy in Khartoum, saying "this partnership has been standing for five years in the fields of winter clothes, solar power project and other various health equipment projects."

The Chinese embassy has been working with the foundation in providing aid to local schools, including school bags, seats and now sports equipment, as the sports is no less important than the academic activities, Osman said.

Chinese Ambassador to Sudan Li Lianhe, for his part, praised the historical ties between China and Sudan as well as the deeply-rooted friendship between the two peoples in various fields.

He reiterated China's keenness to enhance its ties with Sudan in a manner that benefits the two countries, noting that China is working to support education in Sudan.

The Chinese envoy noted that the embassy has implemented more than 10 donation projects over the past years to support schools, teachers and students in Sudan.