NEW DELHI, Aug. 4 (Xinhua) -- The Chinese embassy in India Tuesday urged India not to politicize regular cooperation regarding Confucius Institutes in the country. 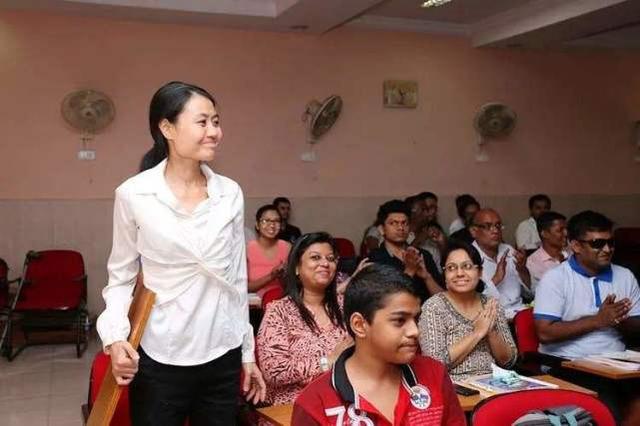 In response to a media query on the decision of the Ministry of Education of India to review China-India higher education cooperation programs including Confucius Institutes, spokesperson of Chinese Embassy in India Ji Rong said, "We hope Indian relevant parties can treat Confucius Institutes and China-India higher education cooperation in an objective and fair manner."

She expressed hope that India can "avoid politicizing normal cooperation, and maintain the healthy and stable development of China-India people-to-people and cultural exchanges."

It has been reported that the Ministry of Education of India has decided to review Confucius Institutes and Confucius Classrooms jointly established by China's Confucius Institute and seven Indian universities and colleges, as well as 54 Memoranda of Understanding on inter-school cooperation signed between Indian and Chinese higher education institutions.

Ji noted that with increasingly close economic, trade and cultural exchanges between China and India, the demand for Chinese language teaching in India is growing.

"China-India cooperation on Confucius Institute Project has been carried out for more than 10 years," she said.

"All Confucius Institutes were established by Chinese and Indian universities after signing legally binding cooperation agreements in accordance with the principles of mutual respect, friendly consultation, equality and mutual benefit, and on the premise that the Indian side ... met the conditions for running the Institute," she added.

The spokesperson stressed that the Confucius Institutes have always been largely managed by the foreign side, with the Chinese side offering assistance and both sides jointly raising funds.

"Over the years, Confucius Institutes have played an important role in promoting Chinese language teaching in India and China-India people-to-people and cultural exchanges," Ji said, adding that "this has been generally recognized by the Indian education community."