UNITED NATIONS, Dec. 20 (Xinhua) - Efforts should be made to advance the political process in Syria against the backdrop of new momentum for a political settlement and relative tranquility, a Chinese envoy said here on Thursday. 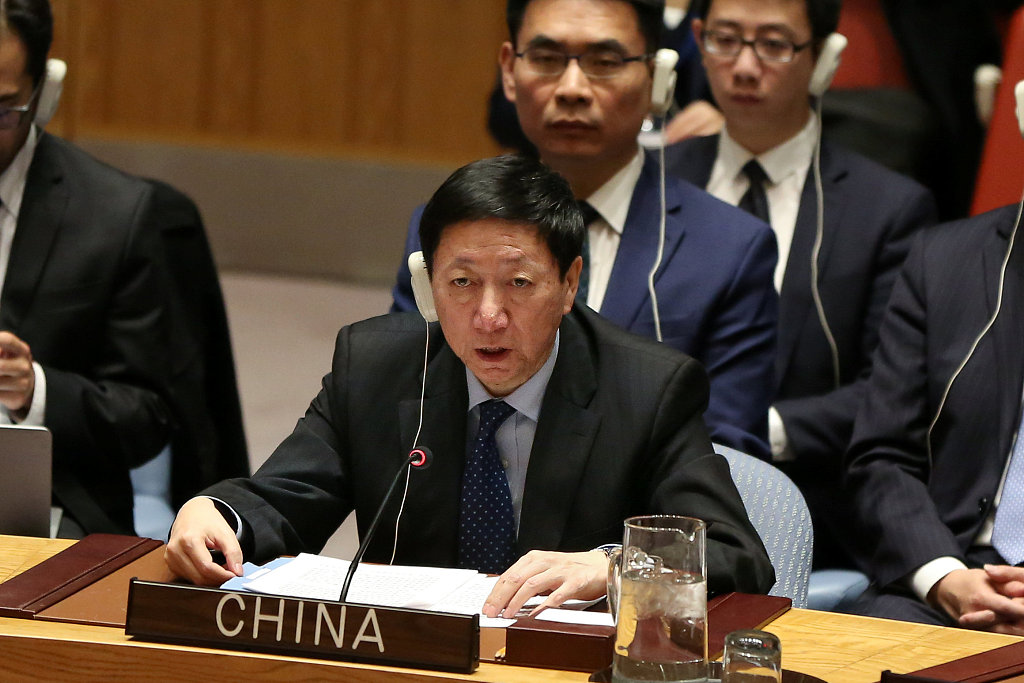 Recent developments have resulted in new positive momentum for a political settlement and the security situation in the country is generally stable, said Wu Haitao, China's deputy permanent representative to the United Nations.

A window of opportunity for a political settlement has appeared, Wu told the Security Council.

Against this background, the international community should stay committed to the diplomatic efforts and support the role of the United Nations as the main channel of mediation, he said.

The United Nations should strengthen communication and coordination with the Syrian government to work for progress regarding the formation of the constitutional committee in a bid to launch a sustainable and effective political process, he said.

Wu said the world body should continue to enhance its mediation efforts, and that members of the Security Council should maintain unity and speak with one voice so as to create conditions for a political settlement.

He stressed the need to facilitate the continued improvement of the security situation.

Wu asked the international community to maintain the Idlib cease-fire, strengthen counter-terror cooperation, unify standards and combat all terrorist organizations listed by the Security Council to prevent terrorist groups from a comeback that would undermine the hard-won improvement of the security situation.

Parties in Syria should be urged to work toward the same goal and meet one another halfway, he said. Outside parties should act on the basis of respect for Syria's sovereignty, independence, unity and territorial integrity and in accordance with the Syrian-owned, Syrian-led principle, and facilitate the Syrian parties to find a solution that is acceptable to all through an inclusive process, he said.

China has always been committed to a political solution in Syria, and stands ready to work with the international community to play a positive and constructive role in advancing the political settlement, Wu said.