Chinese envoy asks US to lift unilateral sanctions on Syria 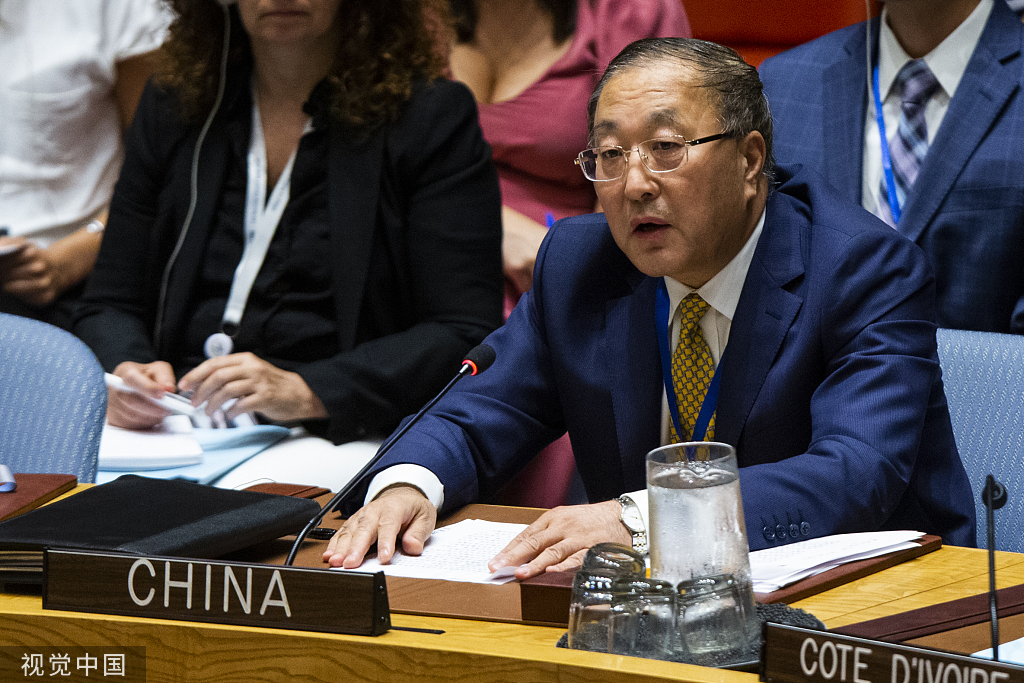 Years of economic blockade have caused tremendous hardships to the Syrian people, in particular women and children. The sufferings caused by the devaluation of the Syrian currency and soaring commodities prices, including food prices, fall heavily on civilians across the country, said Zhang Jun, China's permanent representative to the United Nations.

"We urge the United States to respond actively to the urgent appeal of the (UN) secretary-general and the special envoy (for Syria), and to lift unilateral sanctions immediately," he told a virtual meeting of the Security Council.

What is even more worrying is that the United States will impose new rounds of sanctions against Syria. These sanctions will inevitably further hinder the economic and social development of Syria as well as the livelihood of ordinary Syrians, said Zhang.

As vulnerable countries like Syria are struggling with the COVID-19 pandemic, imposing more sanctions is simply inhumane and may cause additional catastrophes, he warned.

The United Nations should pay more attention to the negative impact of sanctions on the humanitarian conditions of the Syrian people, he said.

The representatives of some Security Council members were talking about the human rights situation in Syria, said Zhang. "If they do care about the real human rights of the Syrian people, they should take real action in responding to the urgent calls of the secretary-general and his special envoy."

Zhang said China is concerned about the poverty situation and about the possible famine in Syria as reported by UN Special Envoy for Syria Geir Pedersen.

In his briefing to the Security Council, Pedersen sounded the alarm over the dramatic collapse in economic conditions throughout Syria.

The Syrian lira is losing value and the inflation rate has hit peak levels in the past six months. The economic crisis is hitting every part of Syria, regardless of territorial control, he said.

Before this recent deterioration, over 80 percent of Syrians were estimated to be living below the poverty line. The situation is more severe today, and the intensity of that poverty is likely more acute. The World Food Programme now estimates that some 9.3 million people are food insecure, with over 2 million more at risk, he said.

Zhang said relevant parties are making great efforts to promote stability in Syria. Meanwhile, the international community should be alerted at terrorists seeking to take advantage of the current situation and must not allow that to happen. The Security Council should attach importance to this issue and support the special envoy's call for effective, cooperative, and targeted counterterrorism efforts, he said.

The future of Syria must be decided by the Syrians without foreign interference. It is fundamental to respect and uphold the sovereignty and territorial integrity of Syria, said Zhang.