China's permanent representative to the United Nations, Zhang Jun, on Wednesday called for efforts to advance the Belt and Road Initiative (BRI) in support of the 2030 Agenda for Sustainable Development. 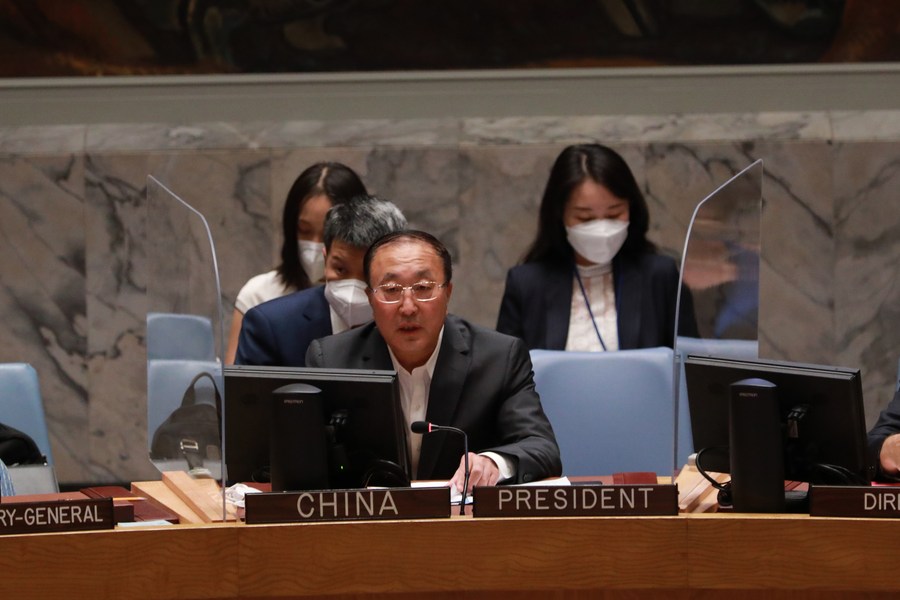 "Our world today faces many challenges. To address both the symptoms and root causes, we must further advance Belt and Road cooperation," he said at the release of the UN Department of Economic and Social Affairs' progress report on BRI in support of the 2030 Agenda. "The BRI meets the needs of our times, the expectations of peoples, and the shared interests of all countries."

Belt and Road cooperation is by no means a solo of China, but a symphony performed by all partners. Active participation, support and contributions by partners are indispensable for the BRI's continued progress. China looks forward to working with all partners to discuss together, build together, and share the benefits together, and strive for high-quality development of the BRI, so as to accelerate the implementation of the 2030 Agenda, and make greater contributions to the common development of all countries, said Zhang.

The world is now close to the halfway mark on the timetable for the implementation of the 2030 Agenda. But countries, especially developing ones, are still facing multiple crises and challenges. The progress has apparently fallen short of expectations, he said.

The BRI offers China's wisdom and solutions to the implementation of the 2030 Agenda. The BRI is committed to enhancing policy, infrastructure, trade, finance, and people-to-people connectivity among countries. The initiative is highly compatible with the 2030 Agenda in terms of visions, goals and measures, and provides strong support and impetus for its implementation, he said.

The BRI offers a path of solidarity for global partnerships. The initiative is a global public good that practices true multilateralism. Over the past nine years, China has signed over 200 Belt and Road cooperation documents with more than 140 countries, and more than 30 international organizations.

The BRI offers a path of win-win cooperation on connectivity, said Zhang.

Leveraging the pace-setting role of major projects, the BRI continues to make new progress in infrastructure construction. According to World Bank data, BRI infrastructure projects, if fully implemented, could increase trade between countries along the routes by 2.8 percent and boost gross domestic product (GDP) by 3.4 percent. It will lead to a 1.7 percent increase in global trade and a 2.9 percent increase in global GDP, he said.

The BRI offers a path of hope for global sustainable development, said Zhang.

The initiative has always been development-oriented, and consistent efforts have been made to ensure that it is high-standard, sustainable and people-centered. The World Bank estimates that the infrastructure investment in the BRI could lift 7.6 million people worldwide out of extreme poverty and 32 million people out of moderate poverty, he said.

Thanks to the concerted efforts from all parties, the BRI has become the biggest and widest-ranging platform for international cooperation. The 200-plus documents signed on Belt and Road cooperation are the vote of confidence cast by the international community, he said.

"However, some individual countries refused to increase their input for development cooperation, but are obsessed with fabricating and spreading lies in an attempt to undermine Belt and Road cooperation. Facts have fully proved that their behaviors are purely politically motivated. They have seriously poisoned the atmosphere of international cooperation, which serves no one's interests," said Zhang.