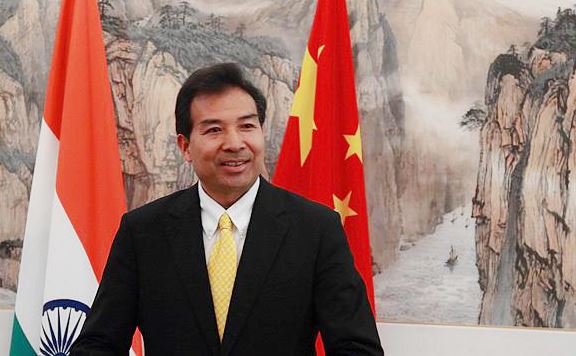 The Chinese Ambassador to India called on the two countries to stand together against trade bullying and enhance civilization communication. In an article in The Times of India on Friday, Luo Zhaohui called on China and India to oppose US trade "bullying" and enhance the exchange of civilizations.Luo cited the research of British economist Angus Maddison, which shows that the combined GDP of China and India accounted for half of the world's total in 1,600 years of the past 2,000 years. Both countries were victims of modern hegemonism and "gunboat diplomacy" and are also recovering from the new round of globalization since the late 20th century. However, the rise of trade protectionism could hamper the rejuvenation of China and India. Similar to the enhanced tariffs threat faced by China at the hands of the US, India also needs to shoulder the burden of higher tariffs on its steel and aluminum products to the US. As developing countries, China and India need to pay for the irresponsible US trade policies under the US nationalist banner of "self-interests first." The US continues to threaten regulations and agreements beneficial to economic cooperation and dialogue, such as claiming to terminate the Generalized System of Preference and weakening the WTO disputes settlement system.   Luo said that China is by no means willing to fight a trade war but is not afraid to do so when the war is brought to China's doorsteps. "As ancient eastern civilizations, China and India share the philosophy of harmonious relations, inclusiveness, mutual benefits and win-win outcomes," Luo wrote. Differences in cultures are no reason to generate conflicts. China has no intention of replacing other civilizations, but rather respecting different civilizations, as shown during the Conference on Dialogue of Asian Civilizations (CDAC).Luo said China and India need to deepen their economic cooperation and improve political trust and expand people-to-people exchanges to fight anti-globalization, unilateralism and trade protectionism. And, closer cooperation between China and India will provide the world a new model of relationship management and civilization co-existence, he said.