GENEVA, Aug. 20 (Xinhua) -- China's Special Envoy for Syria Xie Xiaoyan called on Tuesday for joined and concerted effort from the international community to remain the right direction in the political solution for Syria. 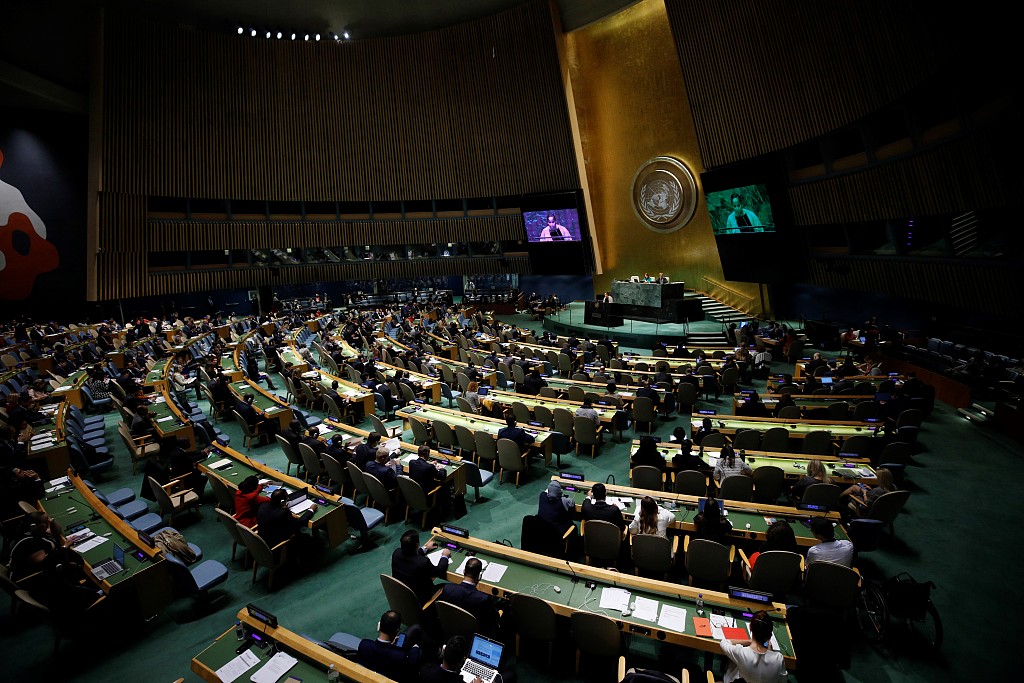 After his meeting with UN special envoy for Syria Geir Pedersen in Geneva on Tuesday, Xie reaffirmed China's support to the United Nations' role as the main channel of mediation to the Syrian crisis and to Mr. Pedersen's work therein.

Xie said there has some real progress on the formation of the constitutional committee in Syria, as the parties are very close to reaching an agreement, which he believes is a step forward leading to the right direction in the political process to solve the crisis.

Given the uncertainty in Syrian province of Idlib and the northeastern part of the country due to the ongoing fighting, the Chinese envoy emphasized on three keys to solving the crisis.

Firstly, the progress of the political solution needs to accelerate. Based on respecting Syria's sovereignty, independence and territorial integrity, all parties should actively and pragmatically promote inclusive political dialogue and strive to reach an executable solution soon that meets the actual conditions in Syria while also taking into account legitimate concerns of the parties.

Secondly, anti-terrorism effort should not be relaxed, given the large number of terrorists and extremists still gathering in Idlib. Xie called on all parties to unify standards and strengthen cooperation when cracking down on terrorist organizations listed by the UN Security Council.

Thirdly, economic reconstruction in Syria should be steadily carried out, to which the international community should attach importance by supporting the reconstruction work and helping the Syrian people to resume their normal production and life at an early date.

The Chinese envoy reiterated that China has always adhered to a political solution to the Syrian crisis, by actively promoting peace through talks, maintaining communication and coordination with relevant parties, and joining the international peace efforts with initiatives and propositions.

Since the outbreak of the Syrian crisis, China has provided a large amount of humanitarian assistance to the Syrian people, Xie said, adding that China will continue to do so within its ability for the people and the reconstruction of Syria.