Chinese envoy calls for efforts toward constitutional committee in Syria

UNITED NATIONS, Nov. 19 (Xinhua) -- China's Permanent Representative to the United Nations Ma Zhaoxu on Monday called for efforts to maintain the cease-fire in the Syrian city of Idlib and establish a constitutional committee as soon as possible. 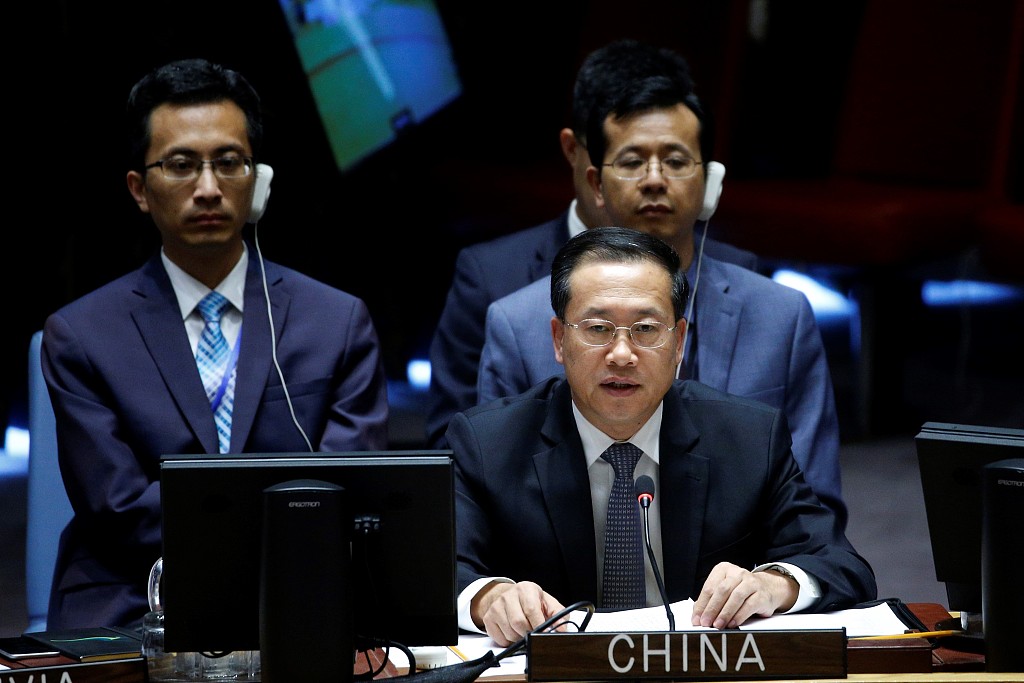 China's Permanent Representative to the United Nations Ma Zhaoxu, speaks during a UN Security Council meeting on the situation in Middle East and Idlib, Syria at the United Nations Headquarters in New York, US, on Sept. 7, 2018. (Photo: VCG)

He asked for efforts to promote the early establishment of the constitutional committee that is inclusive and acceptable to all by addressing the legitimate concerns of the Syrian government and all other parties.

The United Nations should enhance mediation and also give play to the Astana process in order to help with the consultations among the Syrian parties, he said.

Ma also asked for efforts to maintain stability in Syria. The parties that have influence should endeavor to maintain calm in the Idlib demilitarized zone.

The international community should respect the sovereignty, independence, unity and territorial integrity of Syria in order to advance the political process, Ma said.

The international community should support the voluntary return of Syrian refugees and help with the country's reconstruction, he said.

The Syrian government and the opposition groups, said Ma, should place their country's future and the people's interests first and try to find a political solution that is practical and addresses the legitimate concerns of all parties.

The international community should encourage the Syrian parties to compromise and build trust. The Security Council should strive for unity and speak with one voice, said the Chinese envoy.

He said China is willing to work with the international community and play a constructive role in pushing forward the Syrian political process, helping with Syria's rebuilding and improving the humanitarian situation in the country.