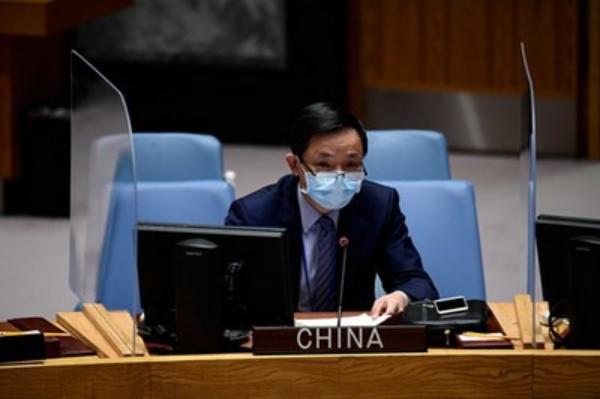 UNITED NATIONS, June 7 (Xinhua) -- A Chinese envoy on Monday called for international efforts to promote peace and stability in Central Africa and to help regional countries in strengthening unity and cooperation.

Central Africa has, by and large, maintained peace and stability, and efforts by regional countries to fight COVID-19 and sustain the momentum of development are worthy of acknowledgment. The international community should continue to respect the sovereignty and leadership of regional countries, support the people of this region in seeking peace and development, and encourage regional and sub-regional organizations in playing a greater role, said Dai Bing, China's deputy permanent representative to the United Nations.

He called for efforts to help regional countries strengthen unity and cooperation.

"China supports the process of regional integration and supports the Economic Community of Central African States (ECCAS) in enhancing its collective security mechanism, encourage regional countries to enhance good neighborly relations, unity, and cooperation, and resolve their differences through consultation and dialogue," he told the Security Council.

Climate change is, in essence, a matter of development. The international community, especially developed countries, should provide financial and technical support to Central African countries to help them enhance their ability in adaptation and mitigation, he said.

Dai called for support for regional countries to speed up post-pandemic recovery and eliminate the root causes of conflict.

The Security Council has just held a high-level open debate on the theme of addressing the root causes of conflict while promoting post-pandemic recovery, and adopted a presidential statement. The international community should scale up support in fighting the pandemic, in post-pandemic recovery, trade and investment, food security and poverty reduction, and ensure that resources are channeled to where they are most needed in Africa so as to remove the root causes of conflict, said Dai.

China, in principle, supports the renewal of the mandate of the UN Regional Office for Central Africa (UNOCA) and will take a constructive part in relevant consultations. China hopes that UNOCA will continue to support regional countries and regional organizations and work in close consultation with UN agencies so as to play a bigger part in achieving regional peace and stability, he said.