CHINA Chinese envoy calls for protection of police in peacekeeping

Chinese envoy calls for protection of police in peacekeeping

UNITED NATIONS - A Chinese envoy on Wednesday called for efforts to guarantee the safety and security of police in peacekeeping and to strengthen their capacity building. 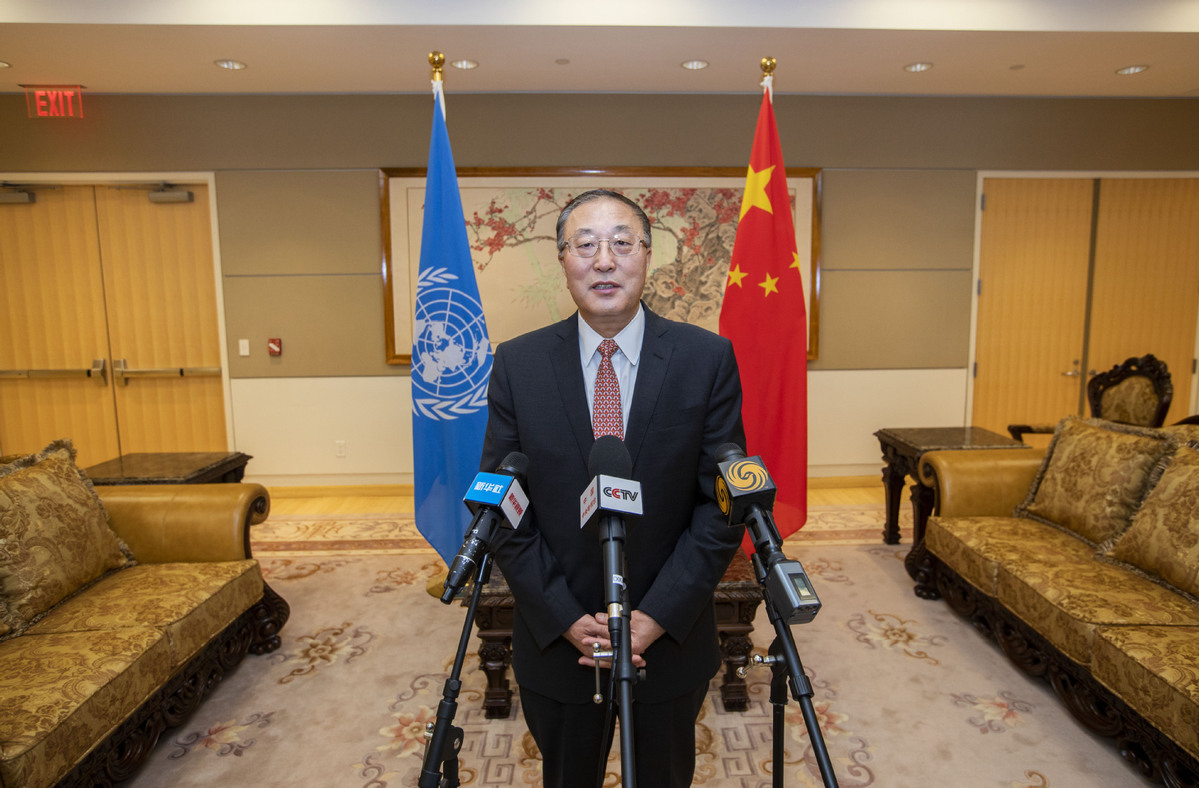 The working environment of police in peacekeeping is becoming increasingly complex and dangerous. Ensuring their safety and security is a prerequisite for the effective performance of duties, said Zhang Jun, China's permanent representative to the United Nations.

Member states and the UN Secretariat should take practical measures to fully implement Security Council Resolution 2518 and help peacekeeping police strengthen the capabilities related to situational awareness and improve the equipment and medical conditions in an effort to minimize safety and security risks, he told a Security Council meeting with peacekeeping police commissioners.

China is in favor of the meaningful participation of women police officers in peacekeeping operations. There should be a full assessment of possible risks, proper safety and security training and thorough preparations before deployment, he said.

The capacity building of peacekeeping police should be strengthened and performance in peacekeeping improved, said Zhang.

Member states and the UN Secretariat should work with one mind and in concert to help police-contributing countries, provide targeted training for peacekeeping police and provide the latter with sufficient resources to perform their duties, he said.

Police, civilian and military components of UN peacekeeping missions should work in synergy and beef up joint contingency command capabilities to properly respond to complex situations that may arise, he said.

It is imperative to serve the general direction of political settlement of hot-spot issues, said Zhang.

When formulating the mandates for police in peacekeeping, the Security Council should fully listen to the views of the countries concerned and the police-contributing countries to work out clear and operable mandates that are in keeping with the realities. In addition, the council should act in light of the evolving situation to adjust in a timely fashion the mandates' priorities and focus to serve the central goal of political settlement of hot-spot issues, he said.

It is worth emphasizing that the primary responsibility for the protection of civilians should be borne by the government of the country concerned, and that peacekeeping police should focus on providing assistance to the country.

The UN Mission in South Sudan has made an important contribution to protecting the local civilians. But it will be impossible to keep its permanent presence in the country. The key lies in helping the country improve its capabilities for civilian protection. Now that the overall political situation in South Sudan is improving, the mission should gradually transfer the responsibility of protecting civilians to the national government, he said.

This year marks the 20th anniversary of China's initial dispatch of police to participate in UN peacekeeping operations. Over the past 20 years, China has altogether dispatched more than 2,600 police officers, among whom eight have sacrificed their precious lives. About 30 Chinese police officers are performing peacekeeping tasks in South Sudan and Cyprus, said Zhang.

Chinese police are committed to injecting vitality into UN peacekeeping operations and contributing to the development of UN peacekeeping police and the maintenance of international peace and security, he said.