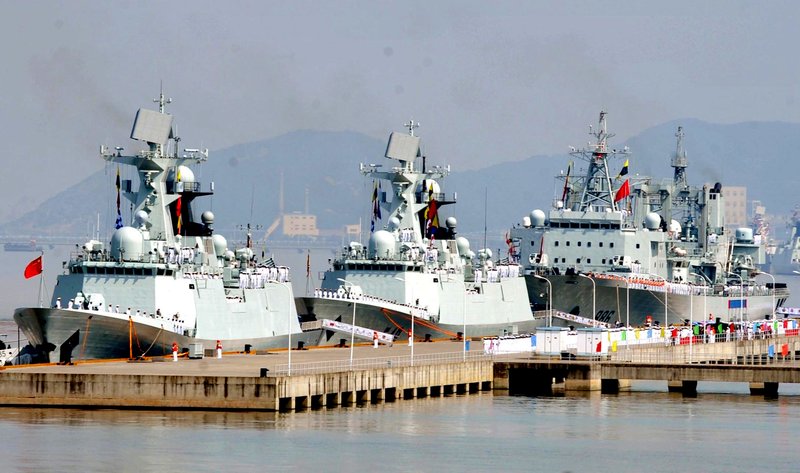 He said that in recent years, while pirate attacks in the Gulf of Aden have decreased significantly, the situation of maritime security in the Gulf of Guinea on Africa's west coast remains grim, "which has severely affected the economic and social development of coastal states in Africa."

He warned that illegal funds have flown into terrorist organizations, extremist forces, and criminal groups, exacerbating national and regional instability, and threatening international peace and security.

In coping with the situation, the Chinese envoy said the international community should assist the coastal states in capacity building while respecting their sovereignty, adding "this entails efforts to support coastal states in improving their domestic legislation, and establishing and strengthening maritime security forces."

Particularly, Ma pointed out that the international community should engage in the construction, operation, and maintenance of ports and other facilities of the coastal states and support them, "so they are more competent in ship docking, replenishment and maintenance, and be better equipped with more sufficient logistical guarantee."

Moreover, he highlighted the role of regional and subregional organizations and established regional long-term mechanisms in addressing the issue, and stressed the need to mobilize resources and strengthen international cooperation.

Relevant UN agencies, the International Maritime Organization, the Interpol, among others, should provide more assistance to coastal states, he detailed.

"The international community can draw from the success stories and, on the basis of thorough consultations with the coastal states, ... exchange evidence and information and facilitate the investigation, prosecution, and trial of relevant cases with all the necessary conveniences," he added.

In addition, Ma called for increased development assistance to the coastal states, stressing development is the overarching key to solving all problems.

He proposed more assistance to help coastal states root out the causes of poverty and social injustice, speed up economic and social development, and increase anti-terrorism cooperation.

China, Ma said, has carried out escort operations in the coastal waters of Somalia, participated in international cooperation against piracy in the Gulf of Guinea, and provided assistance to coastal states in strengthening infrastructure and other capacity building.

"China will continue to implement the Beijing Action Plan, which was adopted at the Forum on China-Africa Cooperation summit in September last year, thus to strengthen our exchange and cooperation with African ports and support African countries in promoting port informatization," he said.

He further pledged that China will scale up security assistance in Africa and strengthen result-based cooperation in the areas of social governance, peacekeeping, combating piracy and counter terrorism.