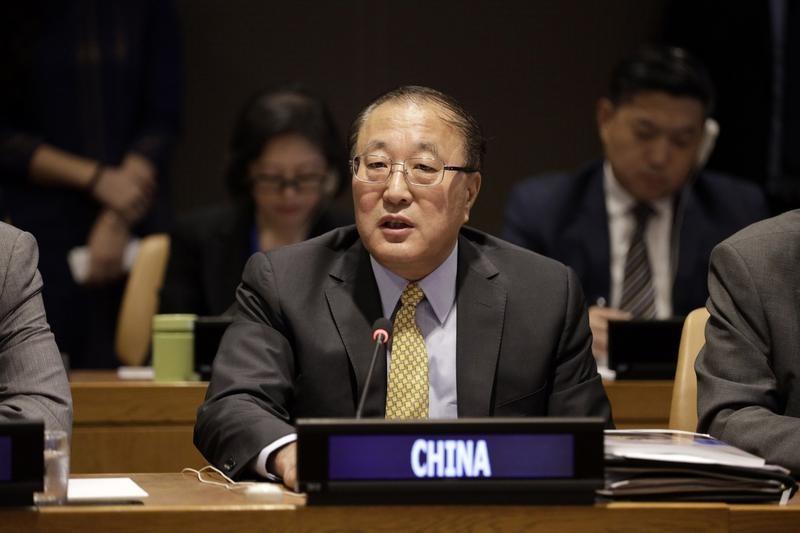 UNITED NATIONS, May 15 (Xinhua) -- A Chinese envoy on Friday called for unity and mutual trust among members of the United Nations Security Council, while stressing that international community needs multilateralism more than ever before.

"We should strengthen unity and mutual trust and engage in constructive cooperation," Zhang Jun, China's permanent representative to the United Nations, told the Council's open video teleconferencing (VTC) meeting on its working methods.

"This year marks the 75th anniversary of the United Nations. More than ever, we need multilateralism, a strong United Nations, a robust Security Council, and solidarity and cooperation among member states," he said.

"Strengthening communication and cooperation among Council members is the basis for the Council to promote political settlement of hotspot issues. It is fundamental to improving the efficiency and effectiveness of the Council's work," said Zhang.

The ambassador said that "China calls on all Council members to take a responsible and constructive attitude, commit to equal-footed consultation, increase mutual trust, dispel misgivings, and seek common ground and resolve differences. On major issues concerning international peace and security, Council members should build broad consensuses, accommodate the concerns of all parties, prevent politicization, and make sure the Council plays a crucial role at critical moments."

"The world today faces many problems that are related to peace and security in one way or another. The Council should be focused on its priorities, results-oriented, keep to the right direction, and not become a grocery store that tries to offer everything," he said.

The envoy noted that the Council should concentrate on regional and international hotspot issues, promote political settlement of disputes and continue to keep Africa as its priority.

"We must be committed to addressing root-causes of conflict together with other bodies, ensuring development through peace and promoting peace through development," Zhang added.

"Regarding thematic issues that go beyond the mandate of the Council, the Council should work in close coordination with other UN bodies like General Assembly and ECOSOC (the UN Economic and Social Council). At present, it is imperative to conduct international cooperation against COVID-19, support the secretary-general's appeal for a global ceasefire and immediately lift unilateral sanctions," said the ambassador.

"Bearing in mind the expectation of the international community, the Council should adopt a responsible and constructive approach, prevent politicization and take actions in addressing the negative impact on maintaining the international peace and security," he said.