Eduardo Bolsonaro, a Brazillian congressman and son of president Jair Bolsonaro, recently posted an inflammatory tweet, in which he unfairly attributes the spread of COVID-19 to China's political system, falsely accusing China of acting the same as the Soviet Union amid the Chernobyl nuclear explosion. 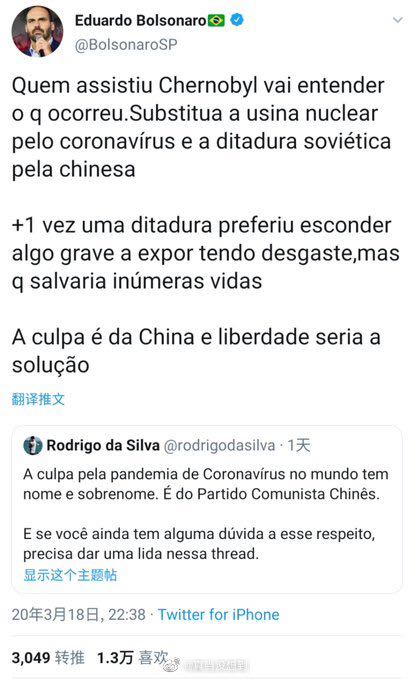 Yang Wanming, the Chinese Ambassydor to Brazil, tweeted back, in which he denounced Bolsonaro’s anti-China sentiment as a vile attack on the country and its people, which is not acceptable. As a special member of the congress, Mr. Bolsonora’s inappropriate remarks can detriment China-Brazil relations.

In his tweet, Yang asked Bolsonaro to delete his comment and apologize to the Chinese people. Yang says he will also expressed his discontent to Brazil’s Foreign Ministry. 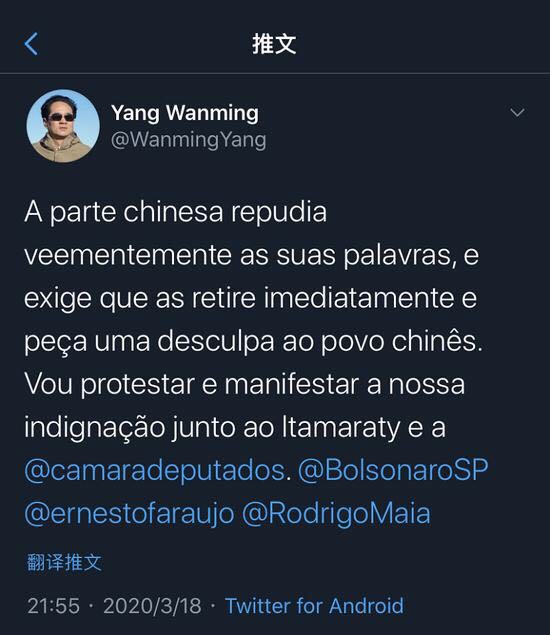