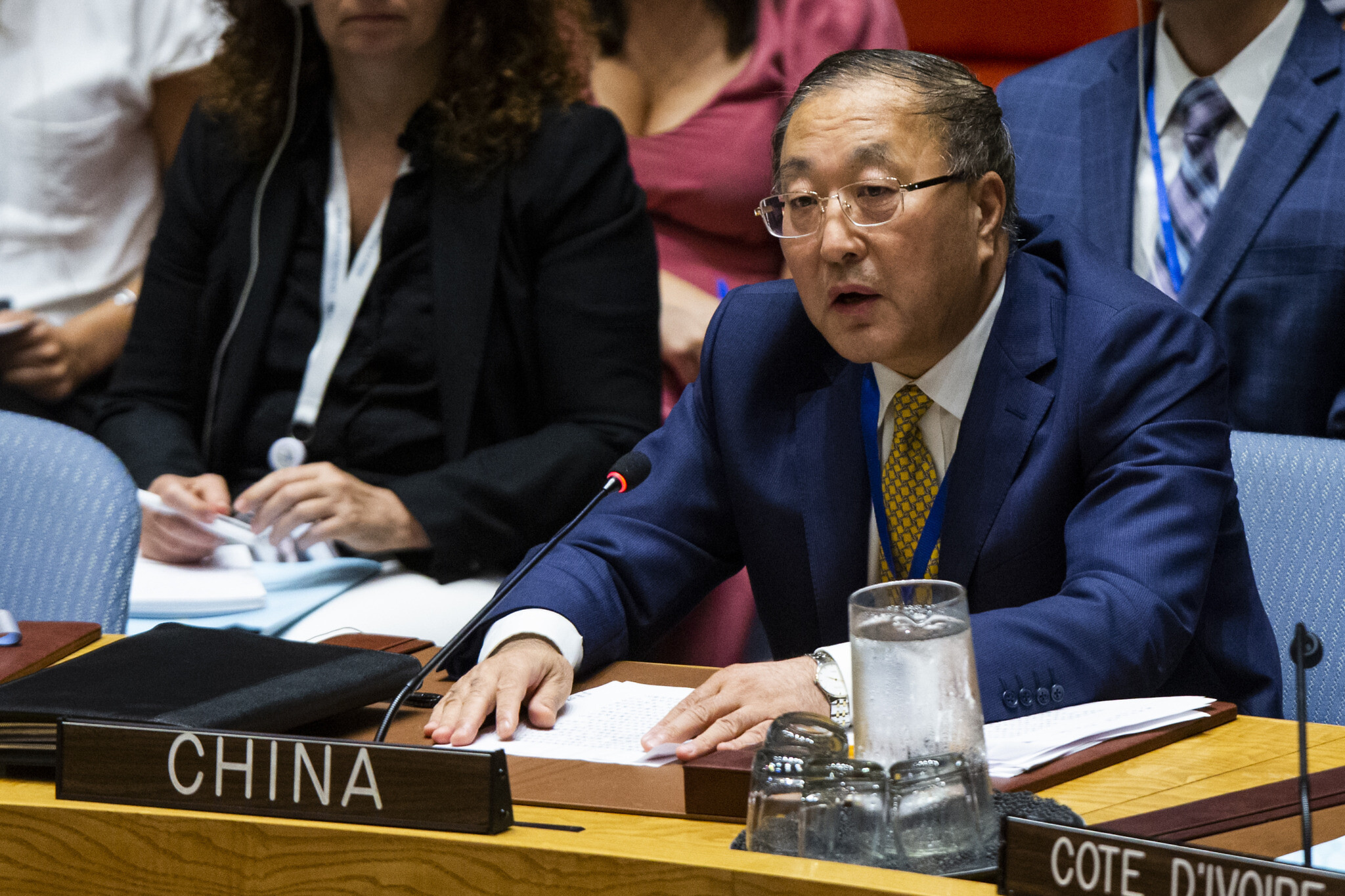 China is concerned about the situation in Myanmar. Violence and bloodshed serve no one's interests, and it is the people of Myanmar who suffer, Zhang told the Security Council in closed-door consultations, according to the Chinese Mission to the United Nations.

China hopes that all parties in Myanmar can keep calm, exercise restraint, and take actions with a constructive attitude to de-escalate and cool down the situation. The lives and properties of the people of Myanmar and foreign nationals and businesses should be protected, and any attack on them is unacceptable, the Chinese Mission quoted Zhang as saying.

As a close neighbor, China follows the situation in Myanmar very closely. China has been working on all parties in Myanmar and actively engaged in Security Council consensus-building. China emphasizes that all parties in Myanmar should take up the responsibility of maintaining national stability and development, act in the fundamental interests of the people, strive to find a solution to the crisis within the constitutional and legal framework through dialogue and consultation, maintain political and social stability, and continue to advance the democratic transition in Myanmar, the Chinese Mission quoted Zhang as saying.

Maintaining peace and stability in Myanmar is in the common interests of the international community. Should Myanmar slide into protracted turbulence, it will be a disaster for Myanmar and the region as a whole. The international community should, on the basis of respecting Myanmar's sovereignty, political independence, territorial integrity and national unity, step up diplomatic efforts and encourage the parties to narrow differences so as to find a way out. One-sided pressure and calling for sanctions or other coercive measures will only aggravate tension and confrontation and further complicate the situation, which is by no means constructive, the Chinese Mission quoted Zhang as saying.

The Security Council has reiterated on several occasions its support for the mediation efforts by the special envoy of the UN secretary-general. China hopes the special envoy will play a constructive role with concrete actions. Myanmar is a member of the Association of Southeast Asian Nations (ASEAN). China supports ASEAN in upholding the principles of non-interference and consensus-building, conducting mediation in the ASEAN way and playing a positive role in easing the situation in Myanmar. China has noticed the discussion of ASEAN countries to convene a special summit. China hopes and believes that ASEAN will play an important role in finding a solution, the Chinese Mission quoted Zhang as saying.

As a friendly close neighbor, China hopes that Myanmar will restore peace, stability and constitutional order as early as possible and continue to steadily advance democratic transition. China will keep engagement and communication with all parties in Myanmar to work for de-escalation of the situation, the Chinese Mission quoted Zhang as saying.