Li's visit is also an important diplomatic action to promote the building of a new type of international relations with win-win cooperation at its core and a community with a shared future for mankind, the ambassador said. 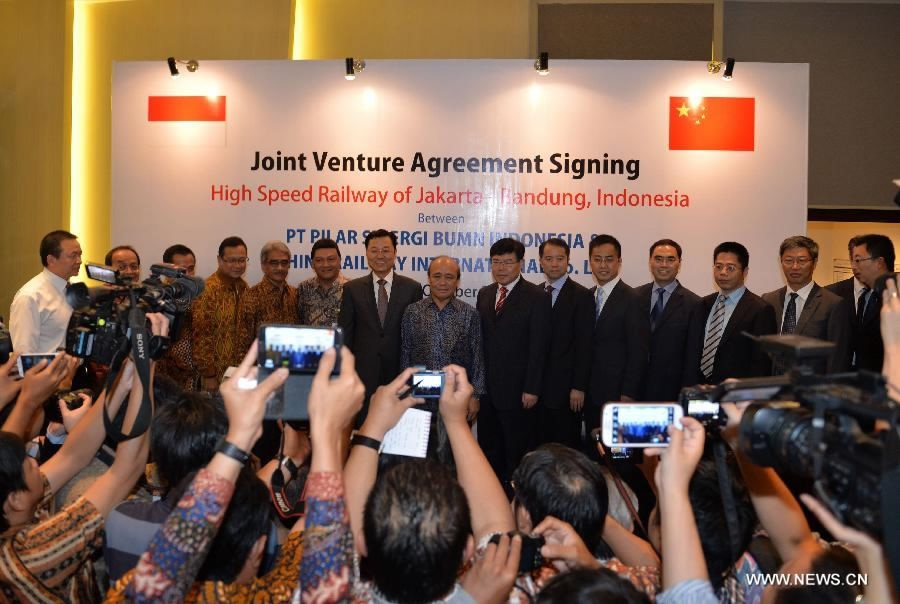 October 16, 2015: Senior officials of Chinese and Indonesian consortiums sign an agreement in Jakarta to launch a joint venture for a high-speed railway linking Jakarta with the West Java provincial capital of Bandung. (Photo: Xinhua)

The Chinese and Indonesian peoples started friendly exchanges more than 2,000 years ago, and Indonesia was one of the first countries that established a diplomatic relationship with the People's Republic of China, he said.

Since the 18th National Congress of the Communist Party of China (CPC), the CPC Central Committee with Chinese President Xi Jinping at the core has paid great attention to developing China-Indonesia relations and made the country a priority in its neighborhood diplomacy, the ambassador said.

Xi paid two separate visits to the Southeast Asian country, where he put forward the initiative of jointly building the 21st Century Maritime Silk Road in 2013, and proposed to establish a new type of international relations in 2015, Xiao wrote. 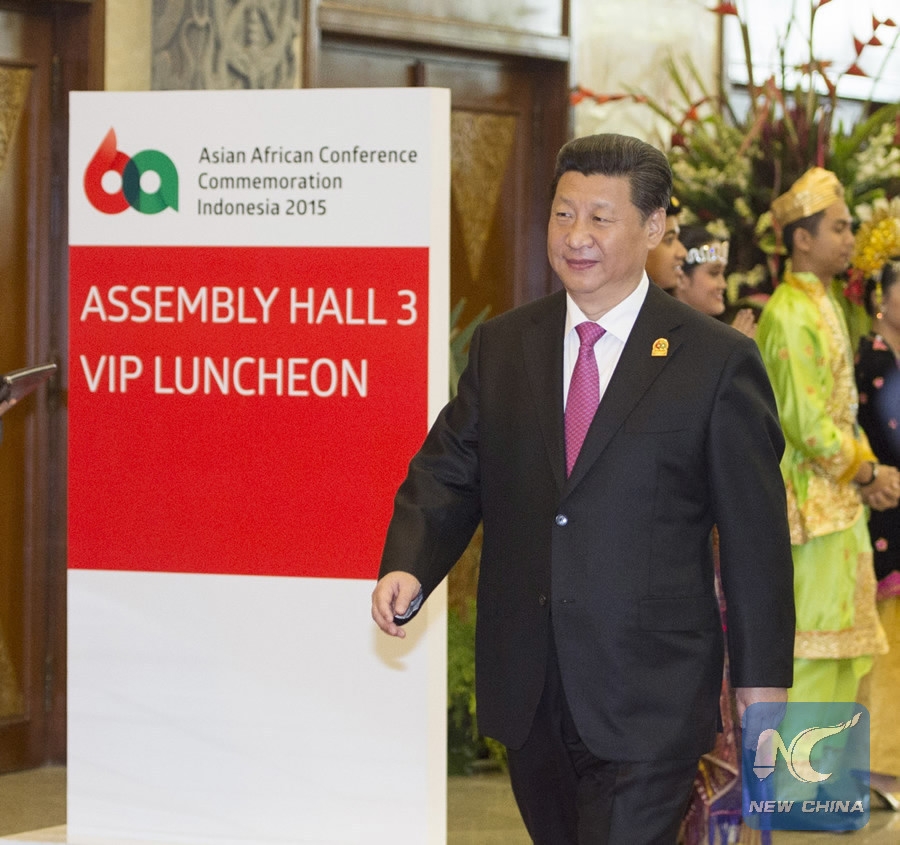 Over the past few years, the two neighbors took strategic docking as a guideline to promote all-round pragmatic cooperation, and their bilateral ties have entered the fast track, he said.

He listed achievements yielded over the recent years, including frequent high-level exchanges and the continuous deepening of mutual political trust, the strengthening of mutually beneficial cooperation and closer economic ties, vigorous people-to-people exchanges, further understanding between the peoples and smooth coordination and cooperation in international and regional issues.

During Li's visit, the premier is expected to meet with Indonesian President Joko Widodo and other leaders on deepening strategic docking and expanding practical cooperation, Xiao said.

The leaders will witness the signing of multiple cooperation agreements concerning strategic docking, e-commerce and agricultural cooperation among others, injecting fresh momentum into bilateral friendly cooperation between the two countries, he added.

Li will pay an official visit to Indonesia on May 6-8 at the invitation of the Indonesian president, and then fly to Japan and attend the 7th China-Japan-South Korea leaders' meeting until May 11, Chinese Foreign Ministry spokesperson Hua Chunying said Tuesday.