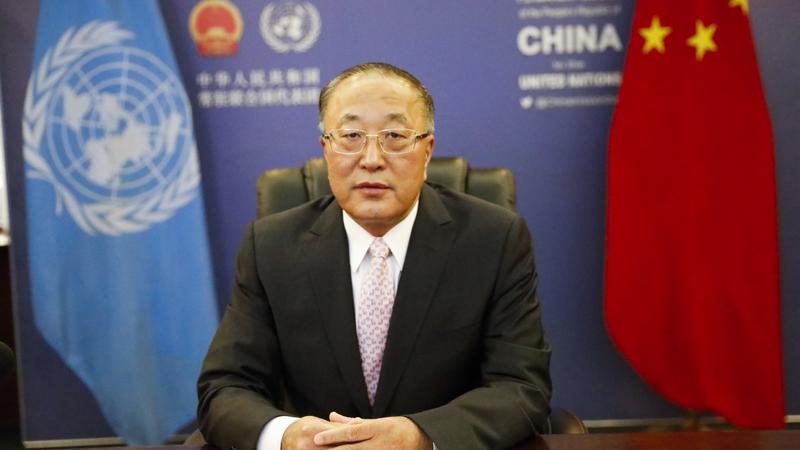 In recent years, the Security Council has been actively exploring ways to improve its working methods and enhance efficiency, said the Chinese envoy.

He noted that the Security Council has seen a steady increase in emerging issues and continuous proliferation of thematic issues, some of which are clearly beyond its core mandate.

The council should focus on the pressing issues that threaten international peace and security and avoid taking on new topics without due consideration, Zhang said.

For instance, the council currently meets on the Syrian issue three times a month, which does not reflect reality on the ground. "We propose either reducing the frequency of deliberations or combining different tracks," Zhang said.

In addition, he pointed out that the penholdership on many issues has long been held by certain permanent members, and some penholders have sometimes placed their national positions above the collective body, resulting in mounting controversies.

"We advocate a systematic restructuring of the penholder arrangement. As a general principle, there should be two or three co-penholders per topic for permanent and non-permanent members," he said.

Zhang also underlined the importance of striking a balance between increased transparency and robust confidentiality, noting that it is common for the media or non-council members to have access to draft documents even before council members do.

"When some members briefed the media on the proceedings of close-door consultations, they distorted the positions of other members by quoting them out of context. Doing so has seriously undermined the council's consultations," he said, adding that China supports the council in inviting civil society representatives to participate in the meetings.

On the issue of sanctions, he emphasized that the Security Council must exercise restraint and control its impulse to resort to sanctions too readily.

"The council should apply sanctions in a prudent way in terms of the intensity and scope of sanctions to minimize collateral damage. Sanction measures should be reviewed in a timely manner to adjust to those that need adjusting and those that should be ended," said Zhang.

In response to remarks of some council members regarding veto power, Zhang pointed out that a veto is a consequence of the inequitable composition of the Security Council and the division of members into camps.

"The unbalanced composition of this body inevitably leads to unfair decision-making," he said. "A fair number of members of this council belong to one particular political bloc. They pursue identical or very similar foreign policies and hold sway in political, economic, monetary, media and others fields. They exploit their numerical strengths to dominate the council's agenda-setting, designation of penholders, and drafting of documents."

More often than not, Zhang said, these members try to push through draft resolutions while being reluctant to hold consultations, resulting in a veto.

"To address these problems, one must work on the root causes and allow more developing countries and countries that pursue independent policies into this council, so as to find a conclusive solution to the council's lack of compositional equity and balance," Zhang stated.