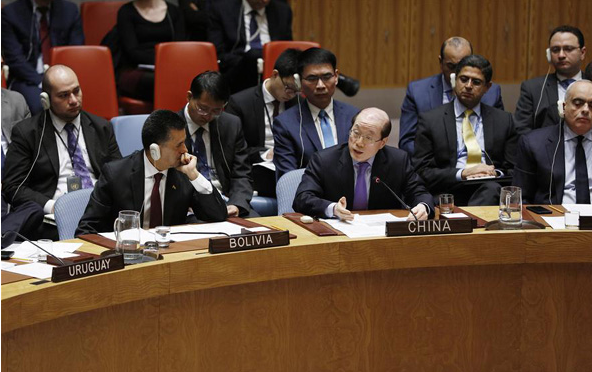 Speaking at a Security Council meeting, China's Permanent Representative to the UN Zhang Jun said that eradicating terrorist forces is a necessary security prerequisite for the Syrian people to return to peace and an orderly life.

He warned that Syria's northwestern province Idlib "has become a breeding ground for terrorism," the problem of foreign terrorist fighters in Syria has come to the fore and there may be a resurgence of the Islamic State.

"These are threats to peace and security in Syria, in the Middle East, and also in the world," he said, urging all parties to avoid actions that threaten the achievements of counter-terrorism, try their best to work together, and earnestly explore the issue of how to bring the terrorists to justice.

He added that China recommends the UN Secretariat pay close attention to the counter-terrorism development in Syria and the flow of terrorists there, and provide timely relevant information to the countries concerned to solidify conditions for resolving the issue of foreign terrorist fighters and other problems.