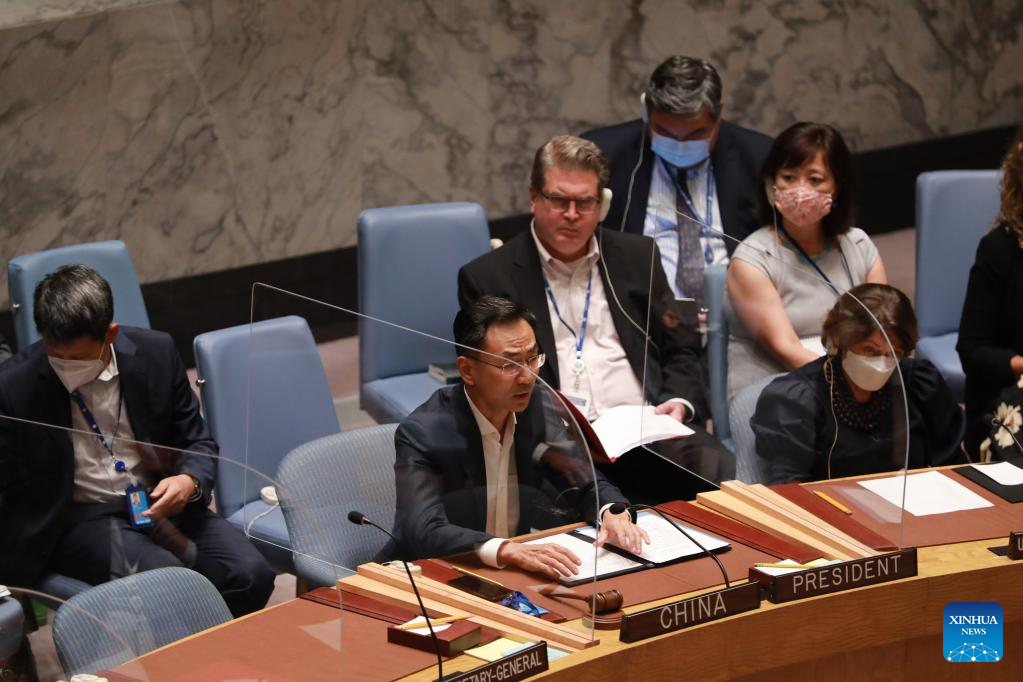 UNITED NATIONS, Oct. 18 (Xinhua) -- A Chinese envoy on Tuesday stressed that dialogue and consultation are the right way to address the Kosovo issue.

Since June this year, the Kosovo authorities have been taking unilateral actions on issues such as ID documents and vehicle license plates, which have led to rounds of severe escalation in northern Kosovo, disrupting the process of normalizing relations between Serbia and Kosovo, and impacting security and stability in the Balkans and Southeast Europe, said Geng Shuang, China's deputy permanent representative to the United Nations.

China is concerned about the situation, he said.

With the good offices of relevant parties, the two sides have reached agreement on the issue of ID documents. China welcomes this development, he told the Security Council.

The issue of license plates is pending resolution. Kosovo's demand to complete the replacement of license plates by the end of this month may trigger protests and even clashes and aggravate tensions once again. Such a scenario must be avoided, he said.

Dialogue and consultation are the right way to address the Kosovo issue. China encourages both sides to continue to engage with each other in a pragmatic and constructive manner, and implement the outcomes of previous negotiations. In accordance with the provisions of the Brussels agreement, Kosovo should advance the establishment of the community of Serb municipalities, he said.

The harmonious coexistence of all ethnic groups is a fundamental prerequisite for achieving stability in Kosovo. Recently, there have been a number of incidents against ethnic minorities and their places of worship in Kosovo. China hopes Kosovo authorities will take effective measures to prevent the recurrence of similar incidents so as to guarantee the security and the legitimate rights and interests of all ethnic groups in Kosovo, including Serbs.

China's position on the Kosovo issue has been consistent and clear. China hopes the parties concerned can work with each other within the framework of Security Council Resolution 1244 to reach a mutually acceptable political solution through sincere dialogue, and fully respect Serbia's sovereignty, independence, and territorial integrity in this process, he said.