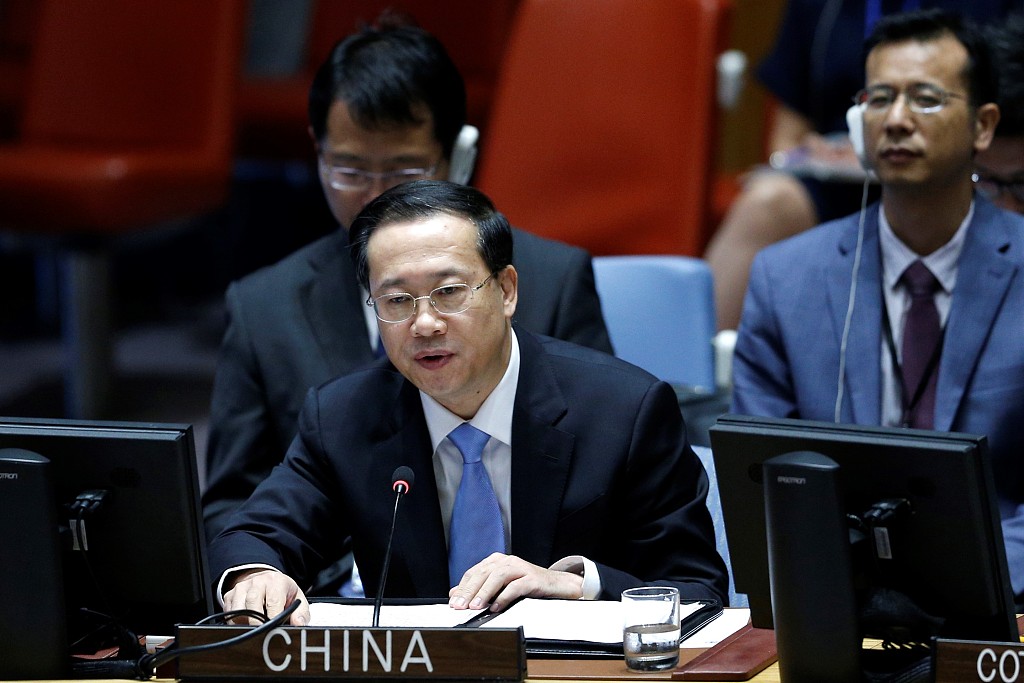 "Under current circumstances, the international community needs to more than ever raise the banner of development, firmly support multilateralism, and promote global peace and development," said Ma Zhaoxu, China's permanent representative to the United Nations.

Ma was speaking at the UN high-level meeting on the challenges confronting middle-income countries in implementing the 2030 Agenda for Sustainable Development, which calls for eliminating poverty and achieving sustainable development by 2030.

Ma pointed out that problems such as imbalances in development, lagging governance, and increasing inequality remain acute.

Developing countries, including middle-income countries, face development challenges that cannot be ignored, adding that more work remains to be done in meeting the goal of "leaving no country and no one behind" on schedule globally.

The international community should provide strong support for the development of middle-income countries, the envoy added.

"The United Nations should take reform as an opportunity to ... better solve the problem of inadequate and unbalanced global development," said Ma.

"We must defend multilateralism, uphold the principles and purposes of the UN Charter and the basic norms of international relations, and unequivocally oppose unilateralism and protectionism," Ma added.

Noting that China is a middle-income country and more importantly a developing country, Ma said though a large economy, China's per capita gross domestic product is only about 80 percent of the world's average.

"China's new industries, new trends and new models are developing rapidly, but traditional industries still make up a large proportion of our economy," he said, adding that China is faced with the difficult task of shifting to new industries of growth.

"Regardless of how the international situation changes, there will be no change in the direction in which China works with other developing countries, nor in our determination to firmly safeguard our common interests," he said.