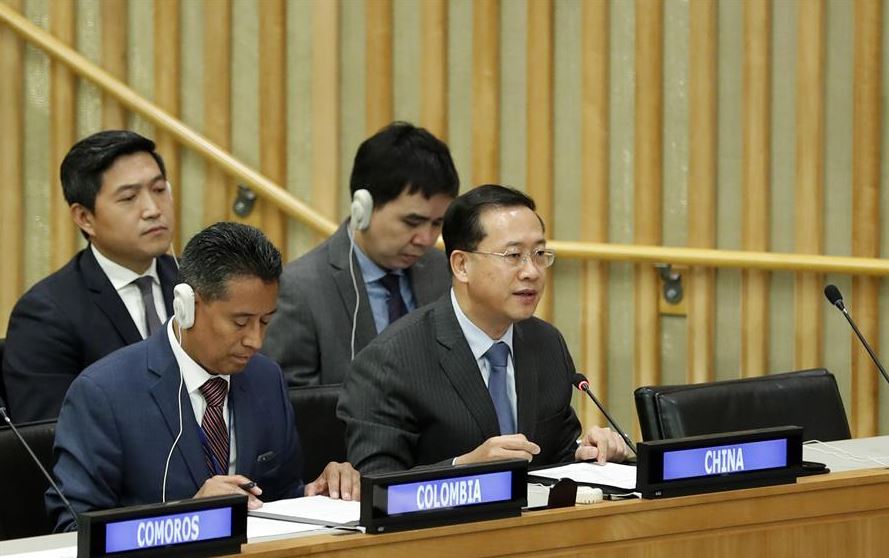 Chinese ambassador to the United Nations Ma Zhaoxu (R, front) speaks during a debate of the Second Committee of the UN General Assembly at its 73rd session at the UN headquarters in New York, Oct. 9, 2018. (Photo: Xinhua/Li Muzi)

UNITED NATIONS, Oct. 9 (Xinhua) -- A Chinese envoy on Tuesday urged all nations to commit to the goal of cooperation for win-win results while noting that multilateralism is the "bedrock" for sustainable global development.

Voicing his concern over the threat to the international trade order, Chinese ambassador to the UN Ma Zhaoxu told the Second Committee, or the Economic and Financial Committee of the UN General Assembly, that "the international community should create favorable trading conditions centered on the World Trade Organization (WTO)."

Associating himself with the Group of 77 developing nations, Ma said that the international community should prioritize poverty reduction, education and health.

Member states voiced their concern over millions living in poverty and the unsustainable trend of uneven development.

The Second Committee of the UN General Assembly at its 73rd session is discussing issues related to economic growth and development.